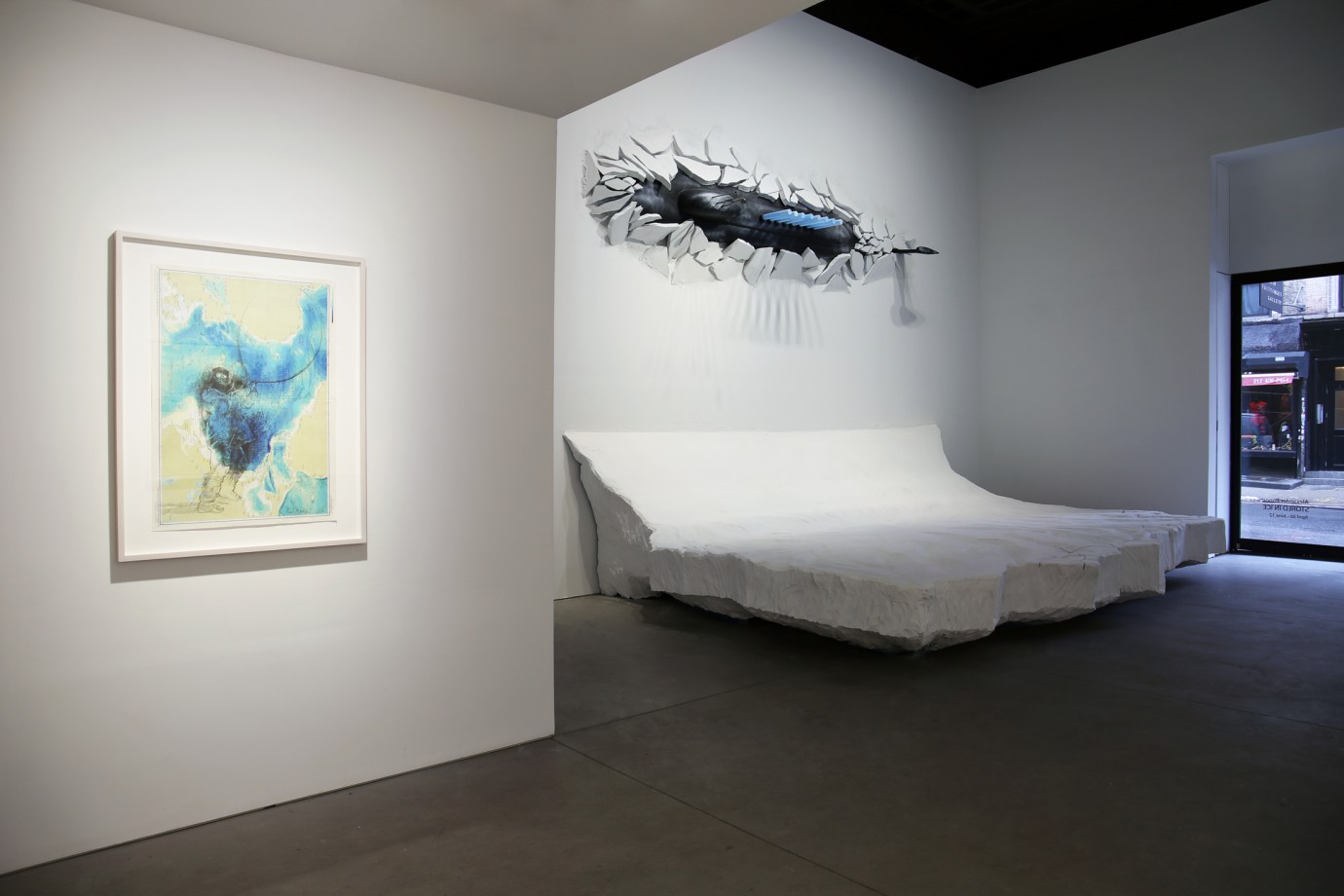 “In my life, all time, I remember..” ~Alexander Ponomarev

O, Mnemosyne, sing song of your beloved’s bed, and all the Arts you bore. Make us a vehicle of your becoming that we might recollect whence we came forevermore. Come before us, shatter us whole. Come up from the depths below to reveal the beauty of forgotten days.

The composition of broken ice sheets fractal the pattern of old ways and in a new light we see the endless cycle of birth, becoming, death, rebirth.  Water freezes to become ice, ice melts to become water, evaporates to become cloud, rains back down to be frozen again, or falls into the ocean to be swallowed in the gulping nature of the sea. Each drop, every molecule gathering its thoughts, writing a journal as it goes, collecting the memories from its journey, joining together in one single measure as the biggest archival source on the planet.  The oceans, ice and glaciers (most of which reside in the Antarctic), are keepers of ancient wisdom and internationally renowned artist Alexander Ponomarev wants to share the this great knowing with New Yorkers at his first solo exhibition in the city in nearly a decade called “Stored in Ice.”

“Water holds some type of memory,” Ponomarev says in his thick Russian accent. We think of the diligent work of Japanese scientist Masaru Emoto** showing how water molecules are effected by human thoughts and emotions, forming stunning symmetrical patterns when crystallized after the water is imbued with words like “love” and “gratitude”, while words like “Adolf Hitler” and “anger” turned the water into what looks to be putrid sewage.  The power of water as such then is something that holds energy and channels information.  Seeing that 70% of the earth’s surface is comprised of water, one then sees that the whole experience of our existence is held in the clutches of the sea and stores of ice.  The feats of the great generals, the monuments of passionate lovers, the insights of the great learnings (all sprung from wells of human genius and divine inspiration), this tremendous history of humanity, according to Ponomarev, is stored in aquatic memory banks and hold more than we could ever know.  So greater still than being one of life’s primary nourishers and the ultimate keeper of wisdom, water is a main channel through which information is held and conveyed.  This is at the heart of all Ponomarev’s Stored in Ice — bringing awareness to the memory that the oceans and glaciers hold so that we might not lose the wisdom of our humanity through the thoughtless destruction of the natural balance of things.  Memory more than gravity, is what fastens our feet to the Earth, and it was Saint Augustine who said, “Behold, how far within my memory I have travelled in search of you, Lord, and beyond it I have not found you.” 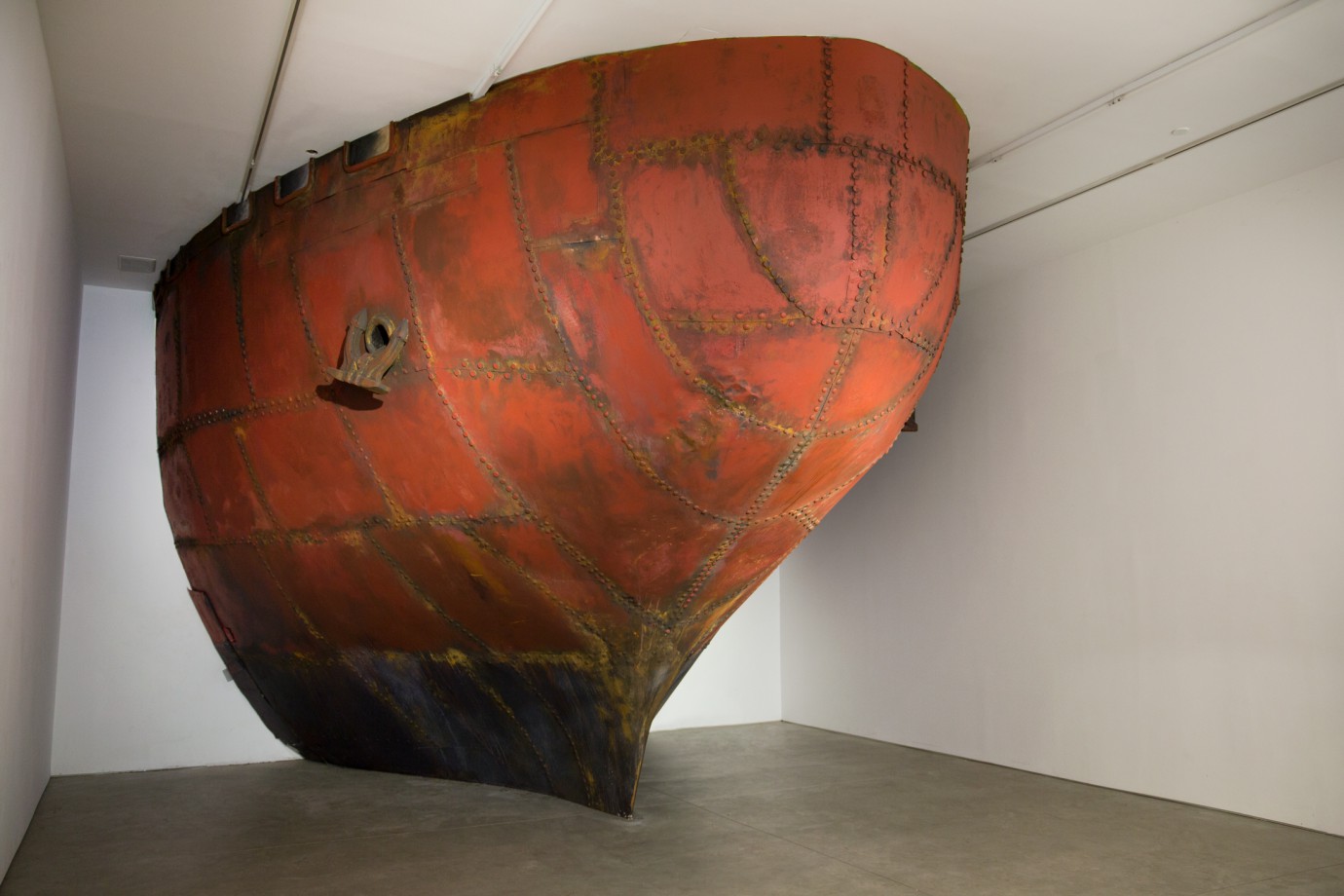 Alexander Ponomarev has travelled deep into the reaches of our collective memory, and “Stored in Ice” is his message to the world, break through or be broken apart. The life size bow of an icebreaker ship sails saliently into the back room, casting its looming presence throughout the entire gallery.

“Elegant and ethereal” as Anne Budlong, a collector of his work called it, “intrigued by the contrasts in [Alexander Ponomarev’s] work of precision and power on the one hand and flowing beauty and fragility on the other.” The ship is constructed completely by the feminine curve, yet its heavily masculine form unites two halves that make a whole in the innate inversion of balance existing on all levels of our reality. “What is reality, what is not reality?” muses Ponomarev, “Ocean [is] like some piece of space between real space and some mystic space.” The ship is a metaphor of what it takes to get through the ice that has crusted over the surface of the water, just like our knowledge of the spirit has been crusted over in wild abandon of material pursuit. This ocean that Ponomarev refers to is the ocean the Tibetans translate as Dalai — the great ocean of existence — the Reality. The only reality. Ponomarev speaks through his art of the inseparable union of materiality and spirituality and of the physical manifestations of spiritual states. Global warming is symbolic of the greatest forgetting humanity has ever known.  At the dawn of the industrial age, our mythology was automated towards a direction that bred deviation into electronic passage and away from the spiritual quest of reconciliation of man with the divine. Receding into the far reaches of social importance, the universal wisdom was frozen over in the new writ of history.  So then the submarine of Stored in Ice comes bursting through the front wall of the gallery as the memory come from below.

Oh, Mnemosyne, come before us and shatter us whole! Lay waste to the rubbish that has collected in our eyes and evoke once more the grand art that lies in wait for us beyond your other shore!

“It is recovered,” she replies, quoting Arthur Rimbaud,

In the whirling light 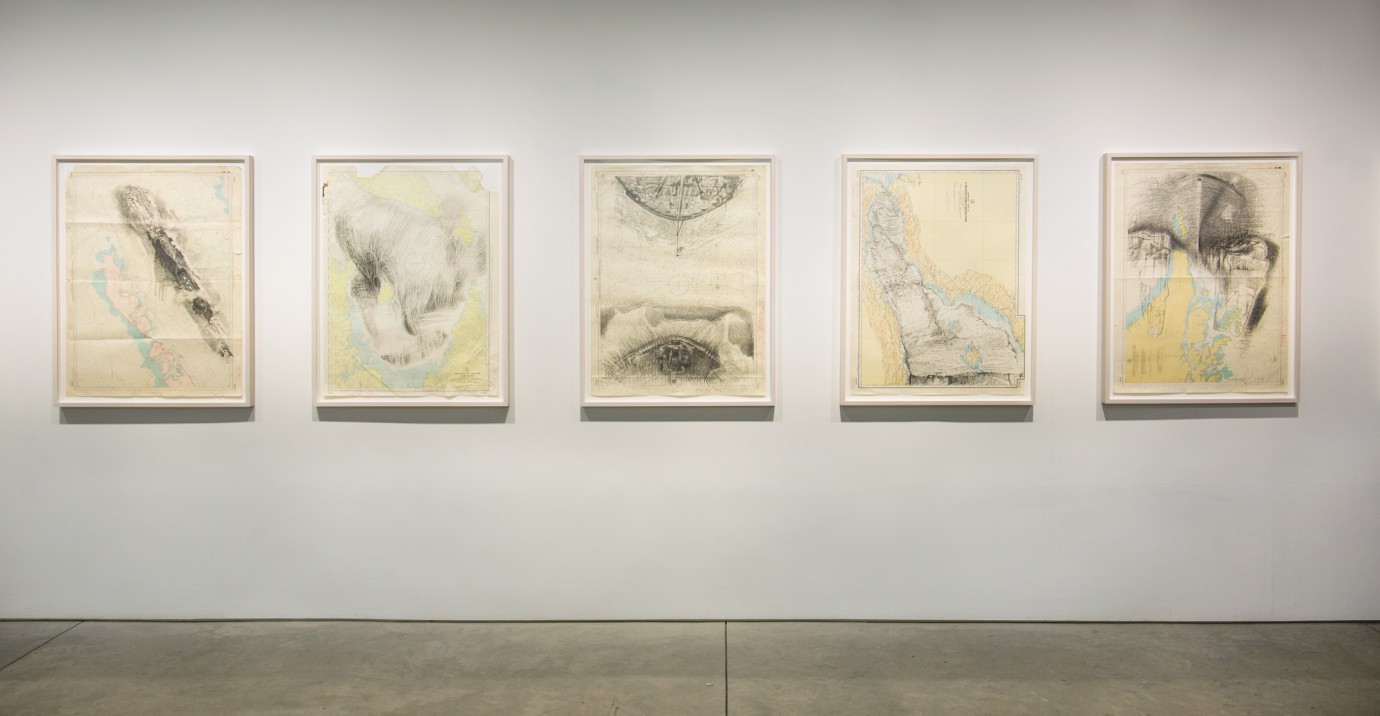 Alexander Ponomarev is consumed by the ocean — eaten whole like Jonah by the Antarctic and the great horizon on which all things fade away. The difference between land and sky, air and skin, me and you, all melts into eternity when you are in the vast expanse of pure existence. “Antarctic is like drug,” he says, once you have seen it, once you have knelt down with arms extended to the sky in ecstatic embrace of being, you cannot get enough. You want more, which is what Ponomarev intends to do with the creation of the 1st Antarctic Biennale***.