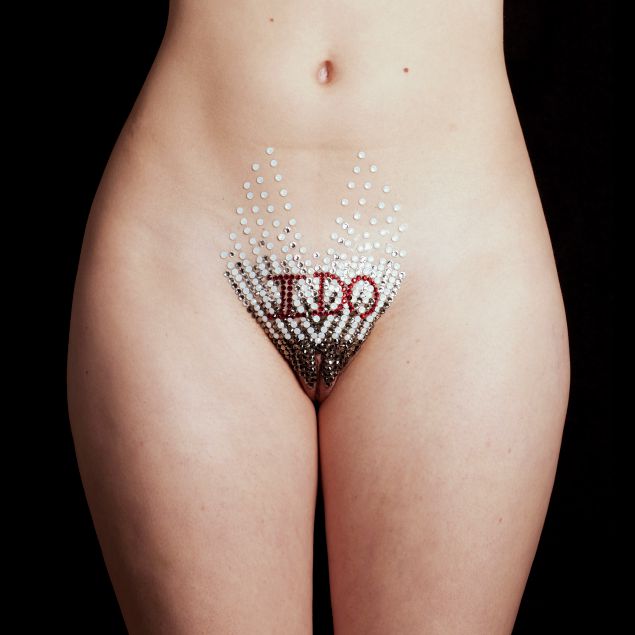 During her brief stay in New York, South African artist Frances Goodman put an ad in the Village Voice for female models, then adorned their pubic areas with rhinestones spelling out the phrase “I Do.” (This practice, for the uninformed, is known as “vajazzling.”) Then she photographed them. The product of her work, “The Vajazzling Series,” is revealed in her exhibition “Touched,” which opened last week at (Art) Amalgamated.

“A lot of the time we make decisions without knowing why we make decisions,” Ms. Goodman told Gallerist as she walked us through the gallery one sunny morning before the show’s opening. “We’re bombarded by the media and advertising, and are being sold a vision of ourselves. We don’t question where they come from.”

Ms. Goodman explained that while women shave their pubic region as an act of empowerment, most women don’t realize that the practice originates in pornography. As she spoke, we looked up at an image of one woman’s hairless crotch that was decorated with red jewels in the shape of a flame licking the edges of her thighs and belly.