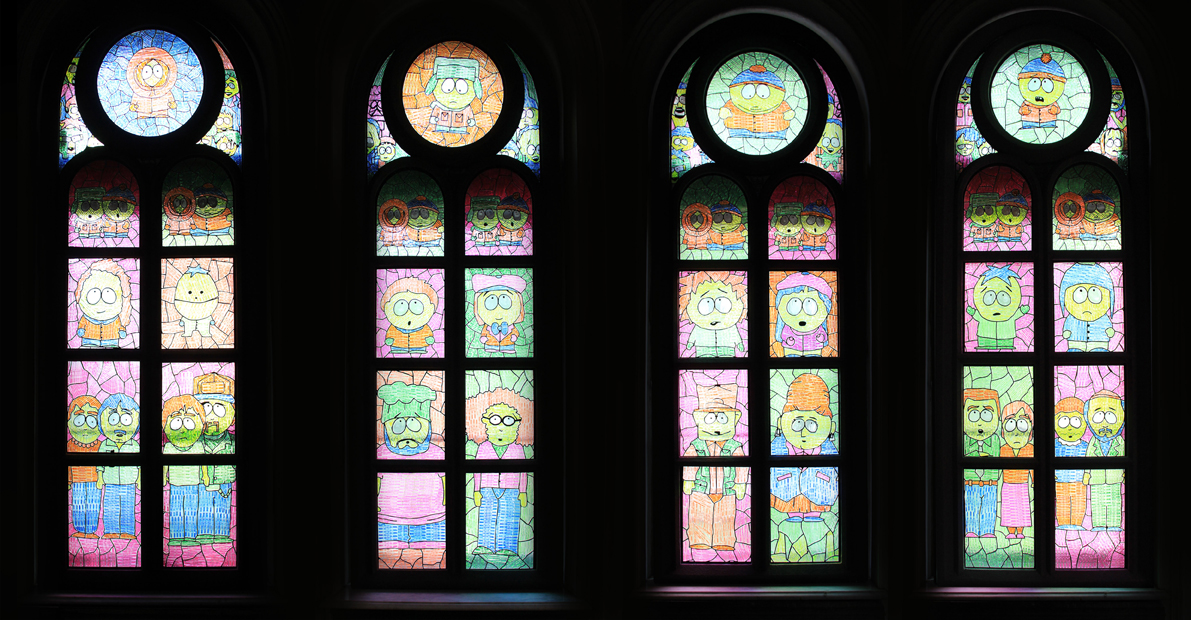 An exhibition by duo of Russian artists known as ‘Recycle’ Art Group, is heralding Facebook as a new social network religion, RT reports. The winners of 2010 Kandinsky prize and participants of the Venice Biennale, Andrey Blokhin and Georgy Kuznetsov aka Recycle, see the social network’s space as another world, with its own rules, rituals and traditions. According to the pair the main feature that differentiates contemporary life from the past is that a person lives two lives at once – a real one and an online one.

For their new show titled “Paradise Network”, curated by Anna Zaitseva, they built a huge sculpture shaped as threedimensional letter “f” from the Facebook logo. It is paralleled with the symbols of religions, such as a Christian cross, a Jewish Star of David, or Islam’s crescent moon.

“Virtual space is neither material, nor spiritual. However it grants a person – or rather a person’s profile – with immortality… No data posted on Facebook can be deleted on its own. Pages of the long-gone users continue to function,” the art group members say.

Kuznetsov and Blokhin, who are from the Krasnodar region, created a whole new philosophy using waste as material for their work. They create sophisticated installations and spice their work up with irony. Another major object at the display is a sculpture called Gate – an allegorical reference to the gates of Heaven. It is a corrugate pipe construction featuring vague figures of guards on the sides.

Reflecting on contemporary lifestyle in their other work the artists created ‘Testament’ tablets out of polyurethane and wood and put the text of the Facebook user agreement on them. “If you violate the letter or spirit of this Statement, or otherwise create risk, we can stop providing Facebook to you,” the warning reads.