Avenue: New Kids on the Block 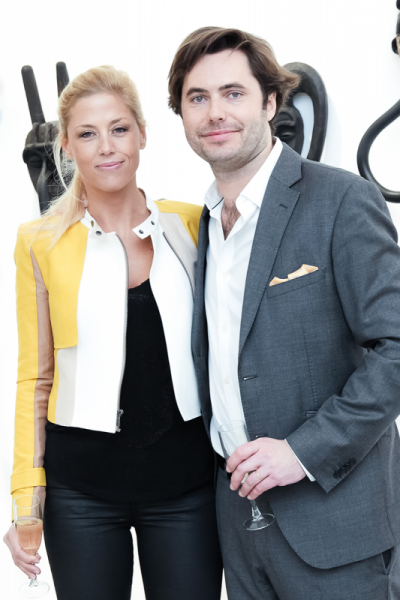 Richard Taittinger’s gallery at Stanton and Ludlow opened in this past spring, and while it may be the newest on the Lower East Side, its owner is already an expert at knowing how to sell better than many dealers who have been in the business longer. Within 10 minutes Taittinger, tall and with a boyish face that matches his enthusiasm, had provided a resume for each of the artists in the group show, listed their upcoming shows and given a critique of the work. “Good questions,” he concludes in his thick French accent, before Théo Mercier’s Oeufs de Paques (2015), a piece that features and Easter Island monolith emerging from an egg (the title is a pun: “Easter Eggs”). “It’s about our history, civilization, where we are from.”

He continued through the space, which was renovated by the trendy Studio MDA architecture firm and features 20-foot ceilings rare for the neighborhood. And his enthusiasm for Alexander Ponomarev, a Ukranian artist and former Soviet submarine engineer who draws on Cyrillic navigation charts and represented Russia in the 2007 Venice Biennale, is even less restrained. “This is a museum piece,” he said of the three-panel work, aghast. “Can you believe you could only have it for $50,000?”

Taittinger comes from a family of vintners, which is so unrelated to what he does now that he doesn’t like to dwell on it. “There’s a family background, in the bubbles,” he said later around the corner, at the kind of coffee shop where young people with fake jobs take unimportant meetings, the clear signifier of a rapidly gentrifying neighborhood. En route Taittinger pointed out that his new space is just across from the new Lower East Side Soho House, and around the corner from Dirty French.

Taittinger has signed a 15-year lease, and the trendiness of the neighborhood has more benefits than just coffee. His business model relies on promoting younger artists, like Mercier, who used to work in Matthew Barney’s studio, and the Recycle Group, a duo out of Russia whose art was being installed when we first met at the gallery. (He also enjoys being a patron of such work, and recently joined the board of Brooklyn-based Residency Unlimited.)

But there’s also good business to be done in artists like Ponomarev, whom the art world defines as “midcareer”, having had a lot of attention early on but then dropping off the map slightly (no pun intended).