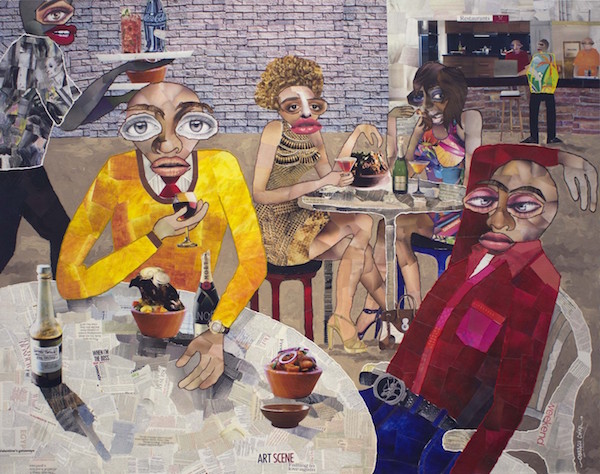 That “Contemporary African Art” is a collecting category encompassing 54 countries, 1.1 billion people, over 2,000 spoken languages, multiple thousands of native tribes, and near equally split between the traditions of Islam and Christianity, surely presents a slew of problematics. Africa’s unity lies more in outsiders’ perceptions of geographic continuity. However, contemporary Africa, in all its pluralism, is also united by a seemingly unexpected entity (unexpected especially to those outsiders): art.

The continent is brimming with artists, and not just El Anatsui, who for the last 40 years mostly has been the only artist that Westerners can cite as the African artist from the second-largest continent. While Anatsui, wonderful in so many ways, couldn’t be a better-suited ambassador, his bottle-capped sculptural murals illustrate, as the Nigerian proverb sums up, that “a single man can not build a house.” The house is, instead, a homegrown network of engaged and dynamic art practices, which have been rigorously developing without the aid of traditional art world avenues: collectors, galleries, and art schools. (Though, those avenues are, for the most part, what is leading the West to acknowledge Africa’s scene.)