Announcing the representation of Nassos Daphnis 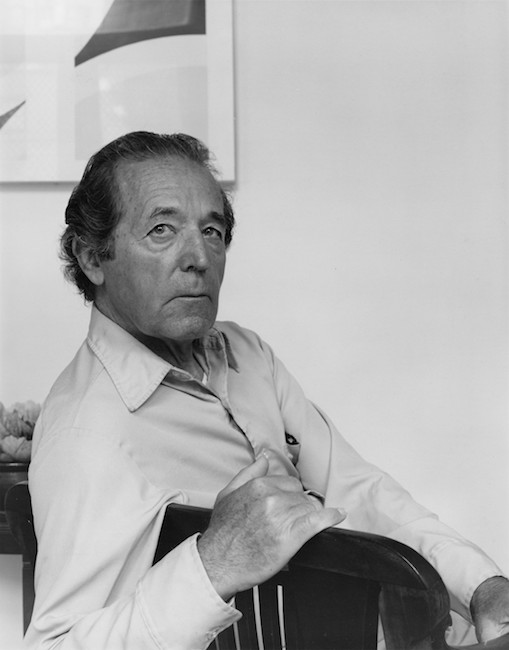 Richard Taittinger Gallery is pleased to announce the exclusive representation of the Estate of Nassos Daphnis (1914–2010). Daphnis was a Greek-born American painter and sculptor recognized for his mastery of geometric abstraction and his evolution into what became known as hard-edge painting.

In the late 1950s, Daphnis developed his color-plane theory to liberate color from the restriction of form. In doing so, he used multiple planes of solid color to create the illusion of depth, space, and movement amid smooth, uninterrupted surface textures. The interplay of Daphnis’ carefully chosen palette and dynamic shapes results in a vibrating, tension-ridden energy that allows color to be the primary element of the work, unconstrained by line or form. Critical reception of his exhibitions, including a breakthrough solo show with Leo Castelli in 1959, praised Daphnis as being both of the moment and ahead of the next; he remained outside recognized schools and moved fluidly among emerging styles.

On September 16, 2015, the gallery will present a solo exhibition of never-before-seen paintings spanning from 1988–1992. This body of work not only reflects upon the development of early computer based-graphics created in the 1980’s, but also translates Daphnis’ color-plane theory in radical digital landscapes. The exhibition will reveal how Daphnis spearheaded the introduction of new media, such as computer-generated graphics and pixelated shapes, into the more traditional format of painting. The exhibition will be accompanied by a fully illustrated catalogue, with an essay by Anthony Haden-Guest.

Daphnis’ work was represented by long-time friend and iconic dealer Leo Castelli for over thirty years. Major institutional exhibitions include six editions of the Whitney Annual (1959–67), 64th Annual American Exhibition at the Art Institute of Chicago (1961) and Geometric Abstraction in America at the Whitney Museum of American Art (1962). In 1977 he received the prestigious Guggenheim Fellowship and was later the recipient of the Francis J. Greenburger Foundation Award (1986) and the Pollock-Krasner Foundation Award (1986). His work is included in the Guggenheim Museum, New York; Whitney Museum of American Art, New York; Museum of Modern Art, New York; Baltimore Museum, Baltimore, MD; Albright-Knox Art Gallery, Buffalo, NY; and Macedonian Museum of Contemporary Art, Thessaloniki, Greece.

Located in the Lower East Side as a new cultural and artistic hub in New York City, Richard Taittinger Gallery presents an ambitious program dedicated to fostering critical dialogues between artists, viewers, and institutions. With the addition of Nassos Daphnis, the gallery expands upon its mission to bring to light pioneers of new ideas in contemporary art by presenting museum-quality exhibitions with strong conceptual basis.