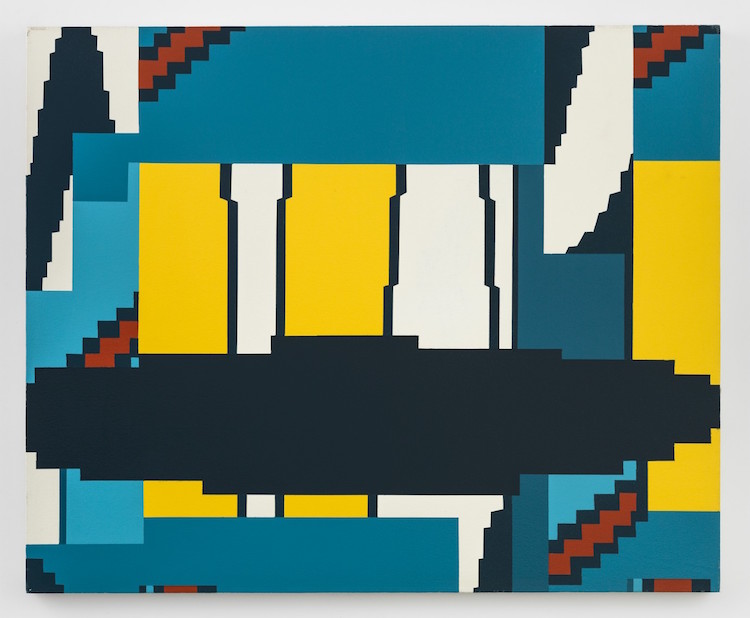 With the fall season just around the corner there’s a serious list of not-to-miss exhibitions. One is by the late painter Nassos Daphnis, who has a compelling solo show with Richard Taittinger Gallery in New York’s Lower East Side.

Daphnis, who passed away in 2010, left a legacy of work dealing with color and geometric abstraction which foresaw the advent of the digital age. He is often associated with hard-edge painting—a movement associated with calculated execution and flat surface planes. Other important artists include Frank Stella, Ellsworth Kelly, and Alexander Liberman.

Daphnis made his grand debut with Leo Castelli Gallery in 1959, and would go on to have 17 solo exhibitions in the decades to come. His show at Richard Taittinger Gallery will feature 22 never-before-seen works by the artist spanning from 1988 to 1992.

New York Times art critic Brian O’Doherty, who reviewed his 1961 show at Castelli’s gallery, called him “a modern purist concerned with the almost scholastic dialogue of pure colors imprisoned in bands and rectangles.”

Daphnis’ work can be found in the collections of the Guggenheim Museum, Whitney Museum of American Art, and the Museum of Modern Art in New York.