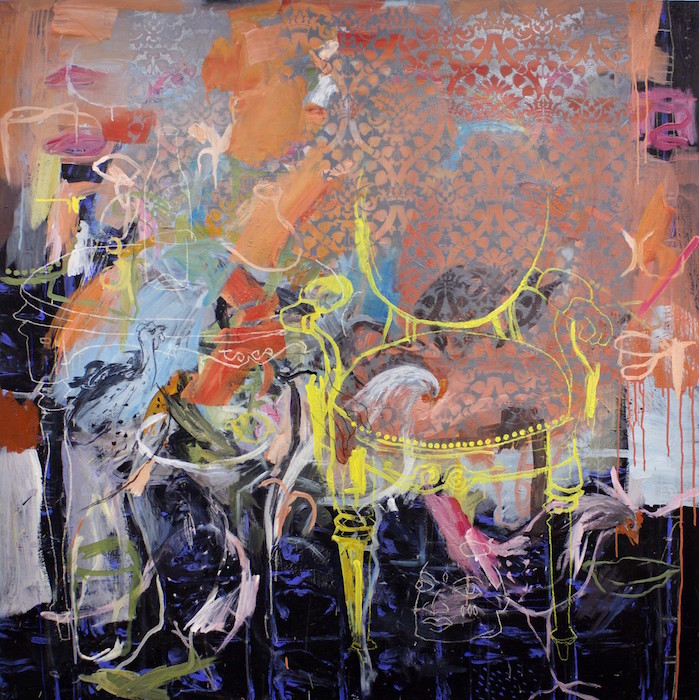 It would be negligent to discuss “Guess Who’s Coming to Dinner” at the newly opened Richard Taittinger Gallery without referring to the eponymous film. Both attempt to test and topple our expectations and assumptions. The film’s plot centers on Sidney Poitier’s John Prentice, an exceptional potential husband for the daughter of two West Coast liberals, except for the fact that he’s black. The dinner is an occasion to dramatically uncover the stagnant, inequitable attitudes of the parents (both sets) in order to reason, berate and charm an older generation into accepting the choices of the younger generation if not on entirely new terms (romantic love), at least on terms that previously had not been so boldly proposed to justify the uncommon coupling.

The artists in “Guess Who’s Coming to Dinner,” to quote the exhibition’s curator, Ugochukwu-Smooth C. Nzewi, “have invited themselves to the dinner table of the international mainstream on their own terms.” These terms are not as purveyors of artwork stamped with the African “brand” that is popularly imagined to reflect particular cultural or context-specific values. Rather, these artists critically engage with local circumstances and experiences that join with or invoke transnational and global issues. In short, they insist on being read as part of the burgeoning global contemporary.