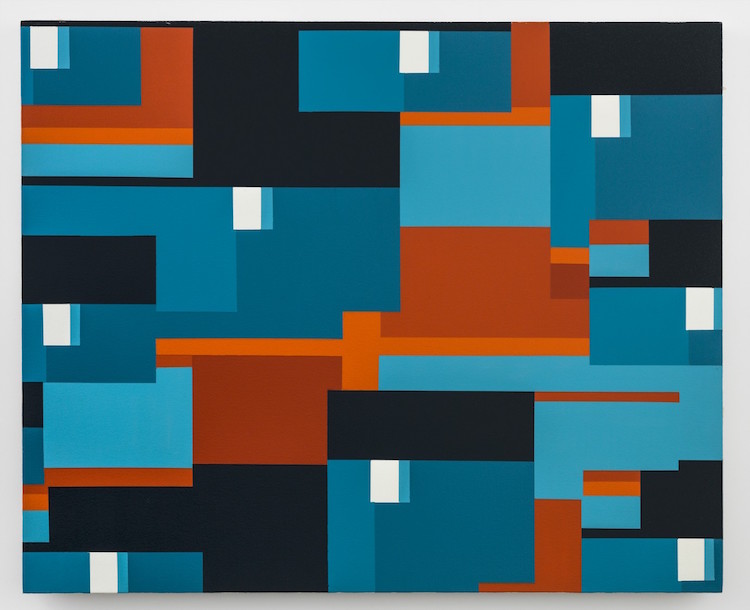 Artnews broke the story of Richard Taittinger taking on the representation of Greek-American painter Nassos Daphnis on August 7th, but the story runs much deeper than the news shares. Speaking to Richard in the office of his six month old gallery on the Lower East Side, he shared why he chose Daphnis and just what the artist means to the world of contemporary art. “He was a pioneer of the 21st century,” says Taittinger, and his aim is to establish the Daphnis legacy as something to be regarded as an integral key to understanding our times. Nassos Daphnis’ work is decidedly intellectually based in the fundament of spirit and while he is complicit as an abstract imagist in the hard edge, geometric abstraction and neoplasticism schools, his methods and intent lie in a spiritual and philosophical realm beyond that of his contemporaries. Like Warhol, Johns, Stella, Rauschenberg, Lichtenstein and the like, Daphnis was also represented by Leo Castelli for the better part of four decades. His work was shown shoulder to shoulder with the modern masters as a part of 30 group exhibitions as well as having 17 solo shows, and yet his name and work are less recognized than his counterparts. Richard Taittinger is intent on reviving the interest and generating new introductions to younger generations of art lovers.