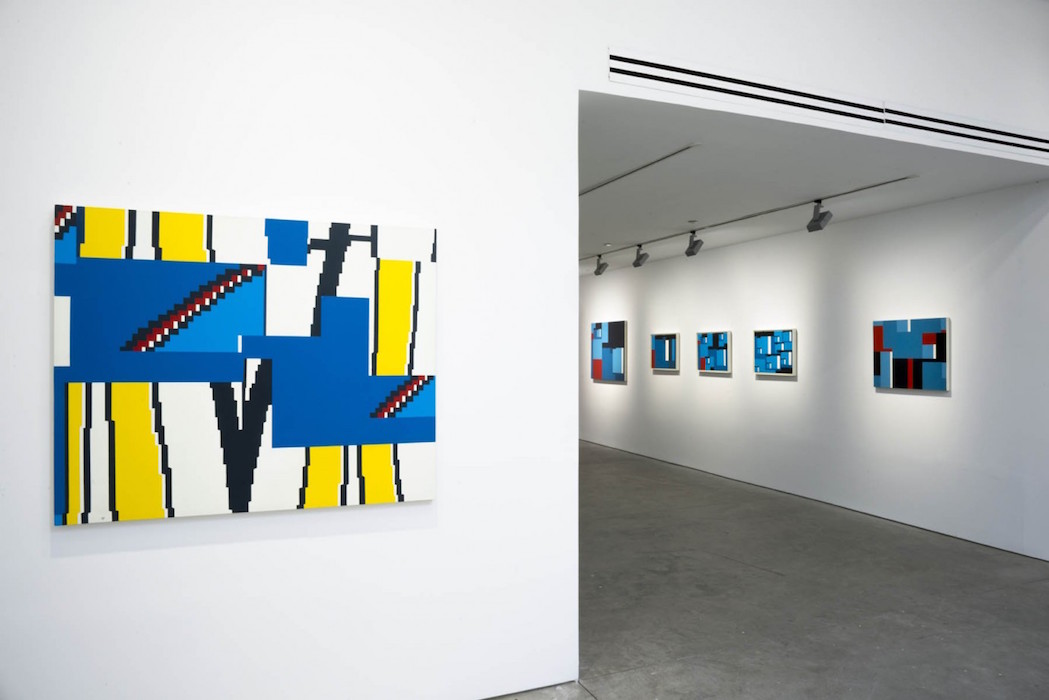 While the late 20th century artist Nassos Daphnis was celebrated in his day – by no less than the stellar dealer Leo Castelli, who feted him with a stunning 17 solo shows – his oeuvre has fallen into the shadows, so to speak. Yet now, in the staging of ‘Pixel Fields’ in New York City, the Lower East Side gallerist Richard Taittinger is rightfully featuring Daphnis’ artistry, which was so ahead of the curve given its roots in this high tech age.

‘Castelli referred to the Greek-born Daphnis as the contemporary Piet Mondrian for his geometric paintings, with their crisply edged planes and bold primary palette,’ says Taittinger, who is showcasing 20 examples dating of his work from 1987–1992 and now represents the artist’s estate. But the multi-talented Daphnis wasn’t simply replicating the Dutch master’s sleek lines.

‘He took his cues visually from computer generated graphics via the Atari ST,’ explains Taittinger of Daphnis’ remarkably prescient tack. In fact, the artist was aged 71 when he first booted up his son’s computer. Daphnis’ composition, imagery and palette is based on pixels, in terms of its color saturation and blocking of shapes. The 1987 work, THE EXPLOSION 6-87, demonstrates his exploration of pixel-informed imagery in rendering compelling geometric forms. Others, like his PALACE OF MINOS 10-88, 1988, reveal sharp blocks of tones based on patterns and forms he first rendered on the computer.

‘While today Albert Oehlen, Cory Arcangel, Takashi Murakami and a bevy other artists are heralded for their reliance on the computer, actually Daphnis blazed a trail decades before them,’ says Taittinger.