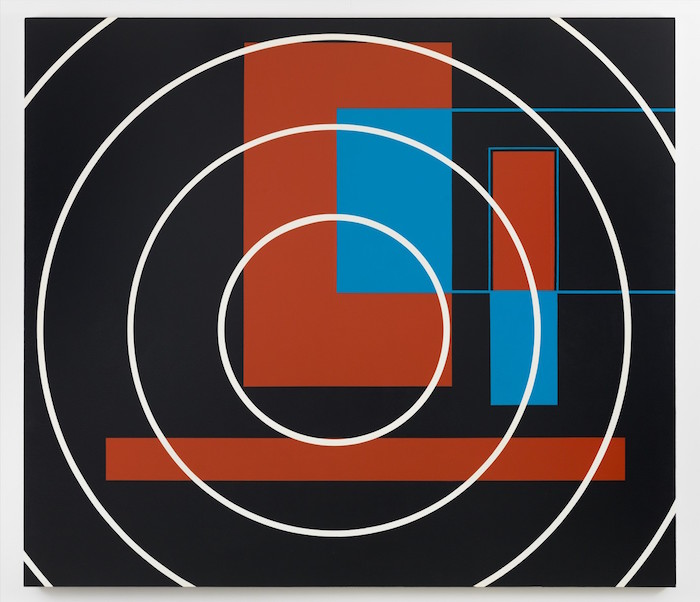 A Greek-American artist who showed with the iconic Leo Castello Gallery for nearly 40 years, Nassos Daphnis was best known for hard-edged canvases, painted in black, white, and primary colors. In 1985, at age 71, he started using digital graphics created with his son’s Atari ST, an early home computer. Castello never understood the idea of employing a computer to create work, so the 21 paintings in this show remained unseen until now.

The show opens with four large canvases in which white circular outlines are applied over fields of rectangles; these are followed by other geometric abstractions that recall Piet Mondrian.

Several other paintings flaunt their origins as ones and zeroes, resembling, at times, the paleo-arcade game Pong or the cubic landscapes traversed by the Mario Brothers. Truly ahead of his time, Daphnis’s dynamic compositions are a precursor to the kind of digitalized paintings and photographs made by young artists today.