Neoillusion: NICK THEOBALD: With Honey From The Rock 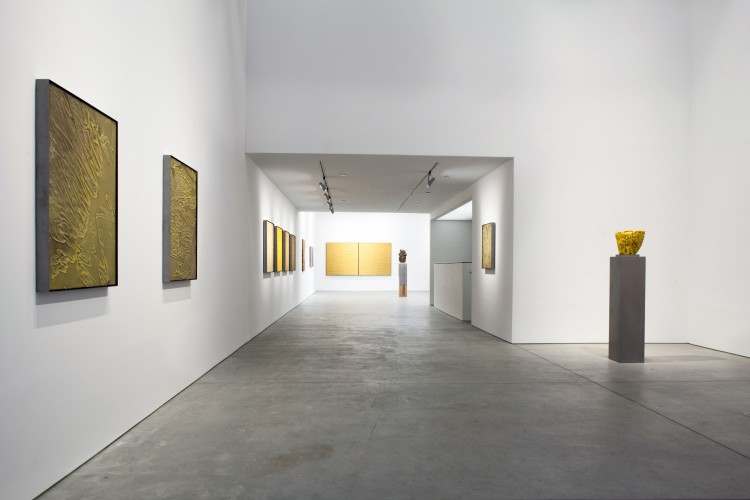 As the flame approached the wick, the steadied hand reaching from under a mahogany robe paused to encounter with somber delight and expectation the transformation about to occur. For what was dark and solid is about to become a bright and moving tribute of life. Once lit, the flame dances upon the wick in praise and remembrance as the beeswax begins to bubble. Held in the entrancement of the moment, the constancy of time and exposure cause the liquefying wax to collect and gather itself over the edge and as it makes its fated journey down the side of the candle, the further away from the flame the slower it becomes, harder and fixed, like its rock form from whence it just came; its honeyed time now encapsulated in its motion of pursuit — its purpose of praise and remembrance. Beside itself, the wax submitted to what it was called to do, and in that submission attains satisfaction. It becomes a monument to the moment, making the poignant process of its purpose a relic to be contemplated by others as the revelation that its life was. The truth that is the expression of every moment is a physical definition of the Reality, and there is no reality but the Reality. Nick Theobald seeks to communicate this notion in his beeswax art that by submitting to what the moment is and what it calls for, one gains true inner peace and ultimate gratification. With the title of his first New York solo exhibition, “With Honey From The Rock” coming from Psalm 81:16, “But you would be satisfied with the finest of wheat; with honey from the rock I would satisfy you,” Theobald unveils his past, present and future. He reveals what touched him as a child, he offers his devotion to the moment as a gift of suppliant reverie, and postulates how one can reconcile two things so different as coming one from the other; soft, sweet, supple from hard, tasteless and unmoving. He reaches for unification of the two seeming opposites in his work by creating movement held in stasis, while the canvases themselves seem to breathe a life of their own and emit a blooming flush of honeyed aroma.