Whitewall: “Ballet Mécanique” Dances between the Natural and the Artificial 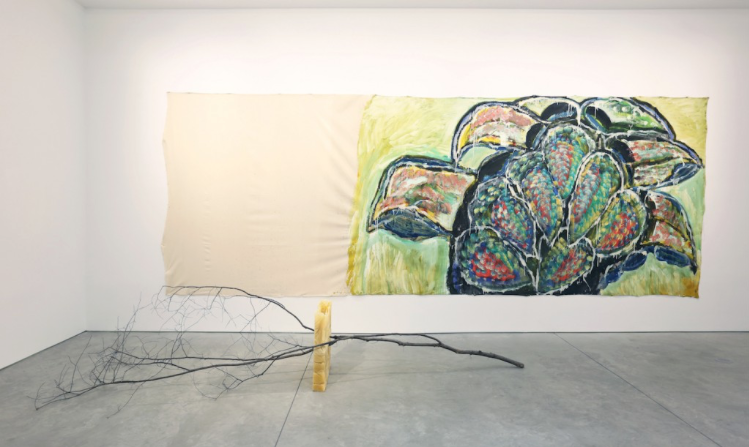 WHITEWALL: You cite the 1924 French film Ballet Mécanique as inspiration for this exhibition. Could you elaborate on how you took the themes of a film made almost a century ago, and transformed them for our contemporary moment?

RICHARD TAITTINGER: Fernand Léger made Ballet Mécanique almost a century ago, and yet his cinematic depiction of the increasingly interdependent, complex, and ever-changing relationship between man and machine can still be found relatable in today’s times. His silent film creates a lens through which to think about our contemporary moment abstractly, and in a poetic, not too cynical way.

WW: There is something interesting about the slow, deliberate, and physical process of creating art that balances the theme of speed and mechanization in this exhibition. Why or how do you think art supplies an appropriate response to our increasingly automated society?

RT: Artists are indeed a critical aspect of our increasingly automated, production-obsessed society because art serves no immediate purpose, and can therefore act as an oppositional force to mainstream thought. Art is one of the rare things that engages our emotions and questions the establishment, which is ultimately what makes us human.

WW: The artists in this show each possess their own unique take on the artificial and the natural. How was this grouping of artists chosen?

RT: By weaving together a mix of younger and more established artists, this creates a more diverse conversation about the mechanization of the mid 20th and early 21st centuries. Younger artists who grew up accustomed to certain technologies often have less cynicism about technology’s value to society. Gregory Hildebrandt, for example, gives cassette tapes a new life and almost laments their extinction. Meanwhile, it was important to ground the conversation with key historical figures such as Mario Merz, who had an important role in the art povera movement and had valid concerns about the depreciation of manual labor.