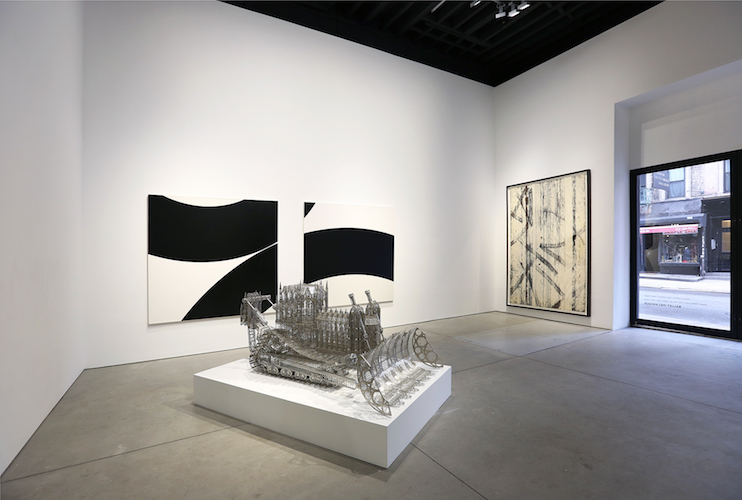 ‘Ballet Mecanique’ forces you to jump into the mind-set of the 1920’s in the midst of the industrial revolution when man was being replaced by machines, which they had built. Shot almost a century ago, the film is still very much relevant today.

Walking into the show, the viewers eyes are immediately drawn to the fur draped sculpture, strategically placed between two rooms, in the midst of a body of work that teeters between the natural and artificial – ‘The beast with two backs.’