Artsy: Why New York’s Most Important Art District Is Now the Lower East Side 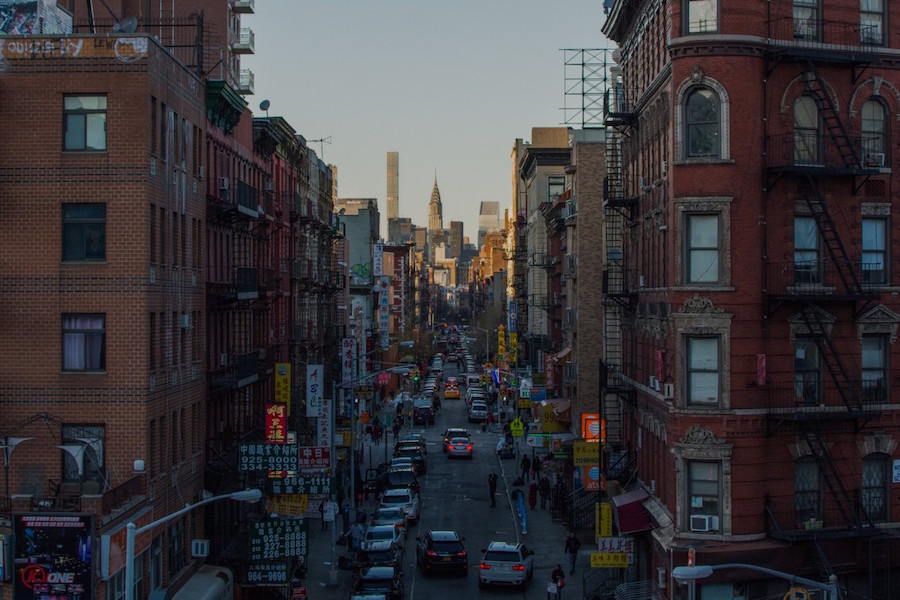 “Chinatown definitely feels like it’s the new Lower East Side,” says the young gallerist Ellie Rines when we met at her gallery, 56 Henry. “I feel like that’s kind of unquestionable.” The space is a tiny white cube, measuring just eight-by-eight feet, and is nestled on a quiet thoroughfare by the Manhattan Bridge dotted with dumpling and noodle shops, Chinese groceries, Protestant churches – and, especially as of late, galleries. Inside the white cube (now featuring Hanna Liden) gives way to two antechambers – a hidden viewing room, and beyond it living quarters where the gallerist offers me a cup of tea and some perspective on the rampant art scene that’s multiplying around us.

This burgeoning Chinatown scene is a piece of the puzzle that has seen a sharp uptick over the past few years in the number of galleries downtown. In September 2015, Crain’s New York Business reported that the Lower East Side was home to some 224 galleries, a number that has steadily climbed since before 2007, when the New Museum opened on the Bowery. The real surge began in 2011. A handful of early settlers like Cuchifritos (opened 2001), Canada (opened 2002), and Reena Spaulings (opened 2003) set up shop in the neighborhood well before the museum’s opening. But many more joined in the year prior to it – Miguel Abreu (opened 2006), James Fuentes (opened 2007), and Eleven Rivington (opened 2007) among them. And further yet, established galleries such as Salon 94 and Lehmann Maupin soon swooped in to open downtown outposts.

Less than a decade later, history is repeating itself. Hardly a week goes by without murmurings that yet another gallery is opening (or reopening) on the Lower East Side or in Chinatown. The reasons vary. Real estate is a significant factor. But the sheer variety of galleries indicates that there’s more than rising rents and taxes at play. Particularly over the past two years, a broad swath of galleries – blue-chip galleries, established Chelsea dealers, European galleries, artist-run galleries, young curatorial projects, and deep-pocketed self-starters among them – have taken the plunge and moved downtown. 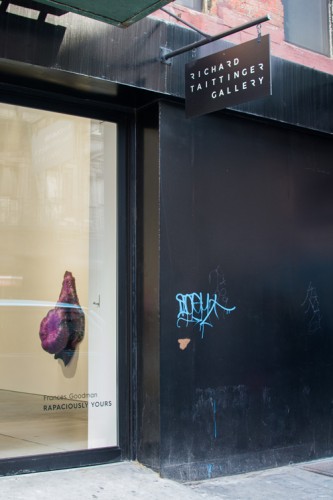 The neighborhood’s multiplicity as both a favored hangout and a gallery epicenter does gives it a wider reach than more art-specific neighborhoods like Chelsea, however. Case in point is Richard Taittinger, who opened his eponymous space on Ludlow Street in March 2015. When I visit Taittinger produces his iPhone, which is fixed on an image from Miley Cyrus’s Instagram account, picturing the artwork we’re standing next to—a sculpture of a tongue made from pink acrylic fingernails by South African artist Frances Goodman. He laughs as he mentions that he’d like the pop star to purchase the piece, but points seriously to the hundreds of thousands of likes the image garnered.