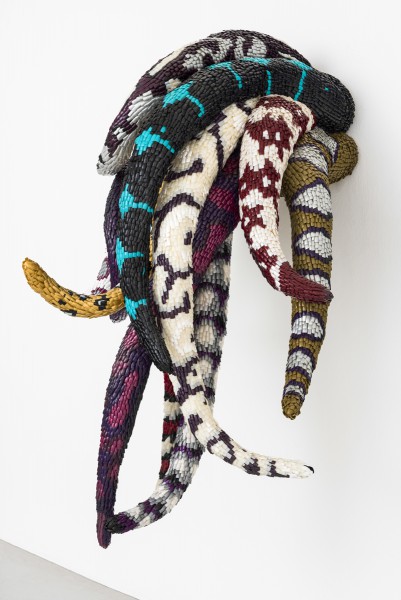 The New York Times charts the resurgence of women-only art shows, stating, “While some artists are ambivalent about being viewed through the lens of gender, the all-women’s group show, which fell out of favor in the ’80s and ’90s, is flourishing again.”

The New York Times article adds, “If these shows don’t close the gender divide, they at least provide substantial investment and rigorous scholarship to illuminate narratives that have slipped from the art historical record.”

In tragic news, Iraqi-born British architect Zaha Hadid died of a heart attack on Thursday at the age of 65. Regarded as “the greatest female architect in the world today,” Hadid was the first woman to win the Pritzker prize. The Guardian and ArtInfo share images of her architectural achievements.

Valeria Napoleone discusses her collecting philosophy of buying work only by women artists.

Media executive and philanthropist Elisabeth Murdoch launched an annual £100,000 award for a mid-career female artists based in the U.K.

After she sold stocks in front of a live audience and painted their fluctuations in value, Sarah Meyohas was accused of “manipulating the market.”

Kiki Smith says, “I’m not trying to dictate what other people think about. I’m just presenting something, and if that something is successful it resonates to other people in their own lives.”

Known for her large-scale works, Louise Fishman says, “It is a very interesting thing to go from a little painting to one that involves the whole body.”

Anoushka Shankar blends sitar sounds with pop music in a response to the trauma of displaced refugees.

Novelist Marilynne Robinson is the 2016 winner of the Library of Congress Prize for American Fiction.

Hyperallergic reviews the latest production of Jackie Sibblies Drury’s “Really,” in which the play’s three actors and 30-member audience are housed in a plywood box.

Shows We Want to See

Photographs, videos, and installations by Linda Tegg remind audiences about humanity’s connection to the animal kingdom.

Jamaican artist Ebony G. Patterson explores visibility in terms of class, gender, race, and the media in her exhibition at the Museum of Arts and Design. Her highly-adorned objects feature bodily forms camouflaged by floral prints, embroidery, and glitter.