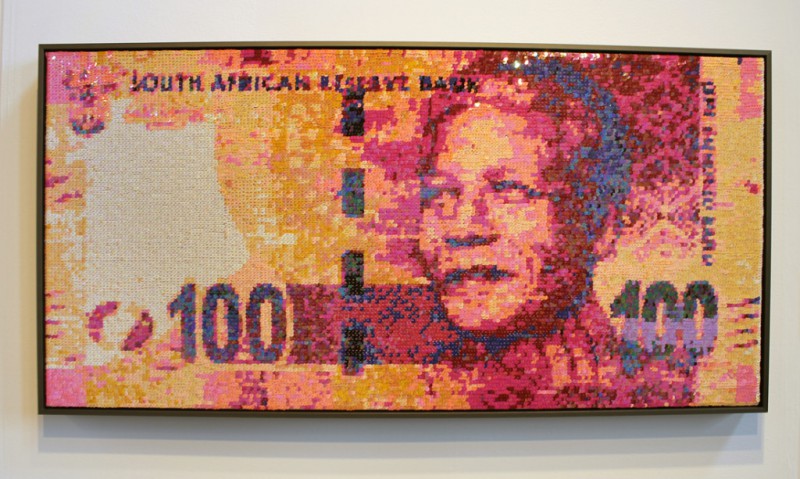 1:54 New York is back for a second swing at Pioneer Works, and it packs a satisfying punch.

A brisk sweep takes you across the length of the floor and back again in good time, with the promise of works by 60 artists from across the continent, including South Africa’s William Kentridge, Frances Goodman, and Billie Zangewa. Unsurprisingly, Africa’s second-richest country, per capita, is heavily represented in this year’s edition.

However, this year may mark the bursting point of the contemporary African art fair, as 1:54 can only expand as much as Pioneer Works’ space permits. But as artnet News’ Ben Davis wrote last year, the scale makes savoring the art easy, and closer inspection tells us that the standouts this year belong to a little-discussed wave of artists.

Issues tied to Africa and related diasporic traumas, while treading on predictable territory, remain central to the fair’s loose curatorial theme. But in defense of certain artists, like Beatrice Wanjiku, Omar Ba, and Phoebe Boswell, the works successfully outmaneuver these tropes in ways that demote their experiences of Africa as backdrops (or secondary subtexts) that hit hard. Here, identity plays assistant to imagination.

Notably, a handful of the artists at 1:54, like Wanjiku and aida Muluneh, appeared in a 2015 summer exhibition hosted by Richard Taittinger’s space in the Lower East Side. The gallery, which joins the fair for the first time this year, offers a selection of works by Goodman.

Amidst panel discussions and artist talks this weekend, the space maintains its regular Second Sundays programming. Kenya (Robinson) and Doreen Garner will be hosting their hilarious and trenchant Clocktower Radio show, #trashDAY. Upstairs, “Muse: Photographs by Mickalene Thomas” are on view, and downstairs, there will be music by Ghana Seprewa and the Mandingo Ambassadors.