The Art Newspaper: Finding Nemo in the Antarctic 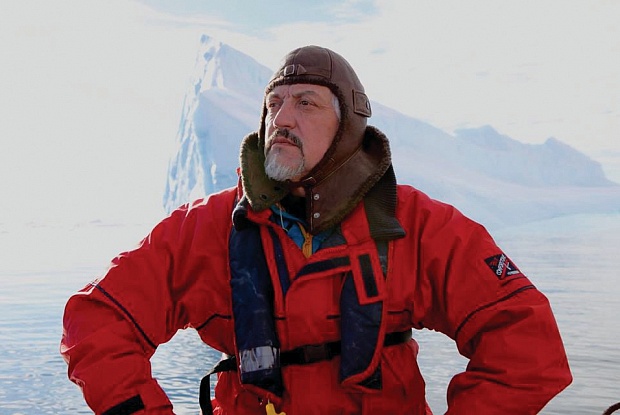 A group of refreshingly crazy artists and scientists – and the chief executive of The Art Newspaper – will venture to the ends of the earth in 2017 for the first Antarctic Biennale. Anna Somers Cocks, our founding editor and newly appointed chair of the biennial’s board, will bunk down on the Akademik Ioffe ship during the 12-day expedition to the South Pole. The artists on board will land at different locations, making objects and installations along the Antarctic continent, says the biennial’s intrepid commissioner, the Moscow-based artist Alexander Ponomarev, who will be assisted by the curator Nadim Samman. Somers Cocks is relishing the prospect, saying: “It’s in the great Russian tradition of group art projects of a utopian, philosophical nature, taking its motto, ‘Mobilis in mobile’, from anti-hero Captain Nemo and his [submarine] Nautilus in Jules Verne’s novel 20,000 Leagues Under the Sea. We set sail next year from the tip of Argentina and I’ll be on that boat come what may.” Ponomarev is showing work inspired by the Antarctic Circle at the Richard Taittinger Gallery in New York (until June 12).