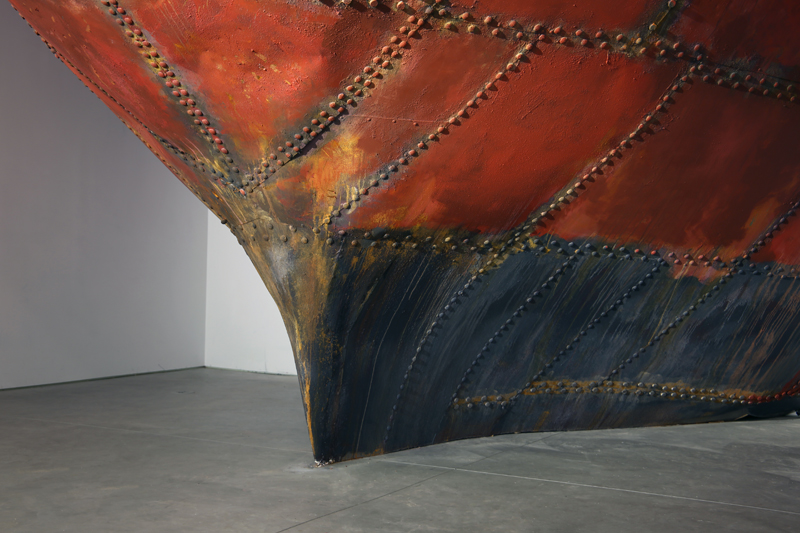 NEW YORK, NY.- Having only cast anchor on its Ludlow Street location in the Lower East Side arts district last year, the Richard Taittinger Gallery has already made an quite an impression in its consecutive visibly painstaking preparation and launching of exhibitions, to this date each endeavor leaving an aura of nothing less of the competence of a true museum show. The downtown Manhattan arts district’s many neighboring hopefuls so far seem to have been completely overshadowed by the Taittinger space. Its most recently completed exhibition deserves every accolade it has received so far and more, with the impressive one-man exhibition entitled “Stored in Ice” by Alexander Ponamarev (b. 1957, Dnepropetrovsk [a city now part of today’s Ukraine]).

Undoubtedly leaving an indelible mark on the visual memory of the exhibition’s many visitors during its run, “Stored In Ice” dominantly featured two significant, monumental indoor installations that set the mood for this New York solo debut by this famed Russian-born artist. The staggering heavyweight largest art installation, “IceBreaker” (2016) was heavily complimented by the show featuring ten large, powerful mixed media graphic works utilizing actual maritime oversized maps in the ingredients of their creation by the artist.