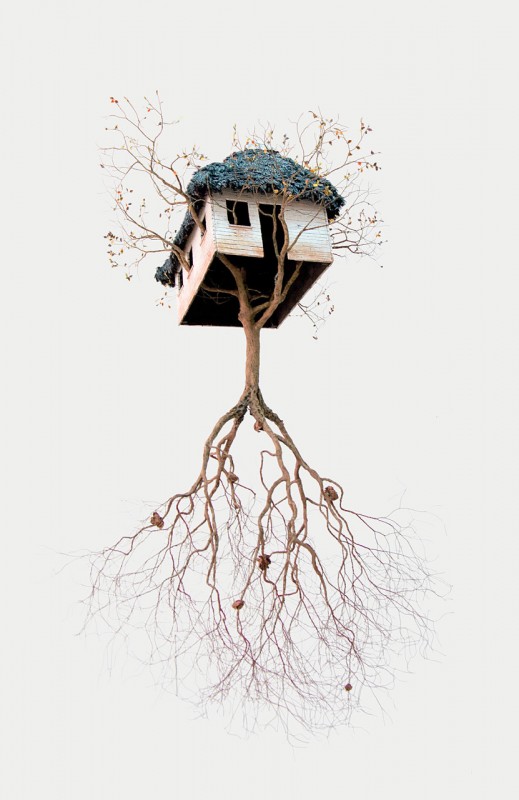 Jorge Mayet’s miniature floating sculptures serve as compelling metaphors for the artist’s complex relationship to his native country. Mayet was born in Cuba, yet has been living and working in Mallorca, Spain as an expatriate. Despite the circumstances, his sculptures are devoid of any intentional political statement. Instead, they explore the artist’s personal experiences with exile and displacement, and the powerful nostalgia for one’s homeland left behind. 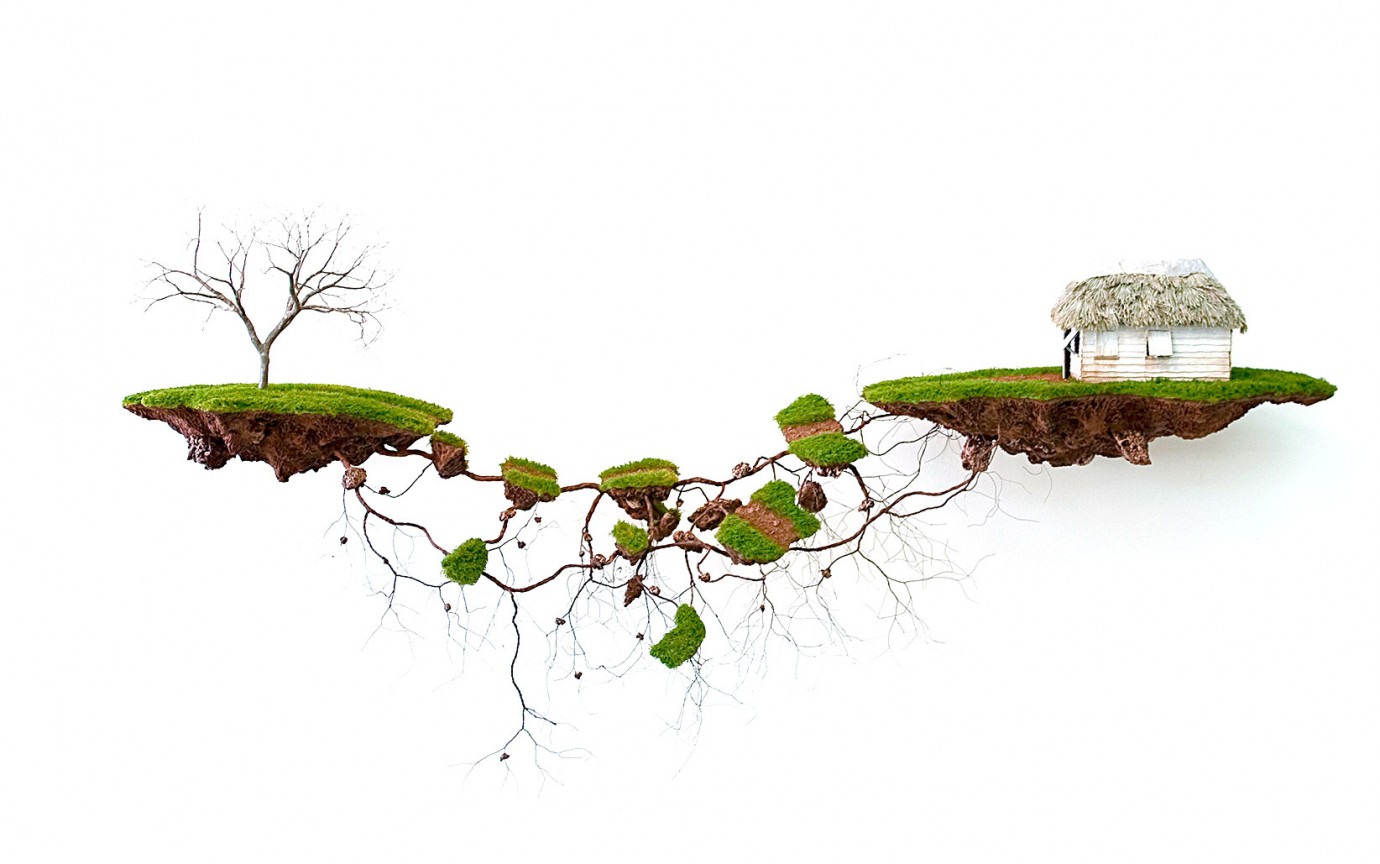 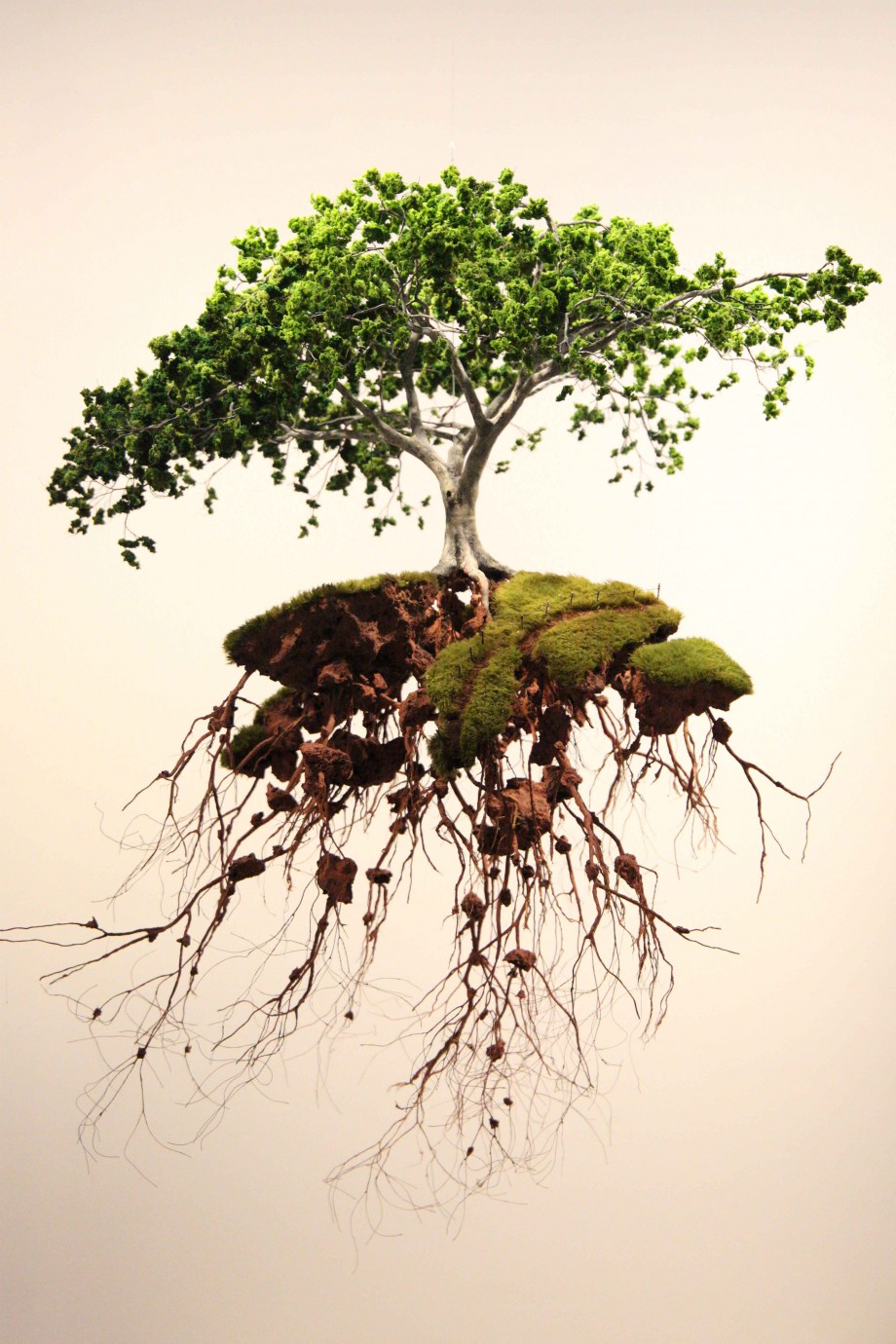 Crafted from painted sponge, paper mache, and fabric, the sculptures are suspended from the ceiling with fishing wire, which gives them the appearance of weightlessness. Trees look as if they were ripped straight from the earth, while thatched roof houses cling to the patches of land beneath them. Decorated with feathers, banana leaves and colorful yarn, the structures reflect the geography of Mayet’s beloved Cuba as well as the spiritual and cultural practices of the Cuban people. For example, in “Y Obtala”, root systems are embellished with bird feathers in tribute to Obtala Santo, a god of the Afro-Cuban religion Yoruba. The trees may also represent the artist himself, forever bound to his homeland by birth yet severed by physical distance.