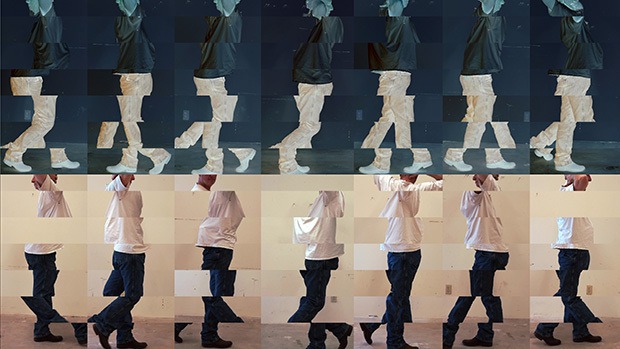 Pace gallery is celebrating two anniversaries with Richard Pousette-Dart: the Centennial (until 15 October): 75 years since his first gallery show (at Artists’ Gallery in New York) and 100 years since his birth. The show explores the evolution of his work from the 1940s to the 1980s through 18 paintings that reveal varying approaches to colour and texture, from the stormy-hued Blue Image (1950) to the wide expanse of White Silence (1974), patterned like shagreen. The show is at the gallery’s East 57th Street location—the very space that once housed the Willard Gallery, where Pousette-Dart had an exhibition in 1943.

Step into a strange and otherworldly universe that provokes an odd sense of déjà-vu at an exhibition of paintings by Mehdi Farhadian, who represented his home country, Iran, in the 2015 Venice Biennale. Sanctums of Decision at the Richard Taittinger Gallery (until 2 October) includes figurative works that depict delicately-rendered, dreamlike interiors and exteriors that take their cue from 19th-century European painting and Iranian history. Farhadian’s varied techniques—from runny lines to small areas of indented impasto on flat surfaces—must be seen up close to be appreciated.