Bedford + Bowery: No More Black Targets, Gazoo To The Moon, and More Art To See This Week 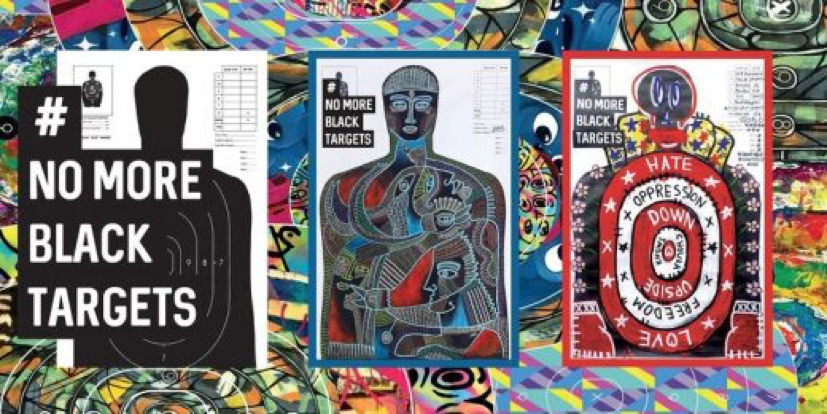 (image via No More Black Targets)

No More Black Targets is a collective with a unique and specific objective: to eliminate the use of “human black targets” at shooting ranges, which are the black silhouettes on paper that shooters-in-training are taught to aim at. The group argues that this practice has led to an unconscious bias in firearm users, contributing to the grim statistic that “young black men are 3 times more likely to be shot by trained shooters than their white peers,” data that is supported by a University of Illinois study on trigger bias cited on the group’s website.