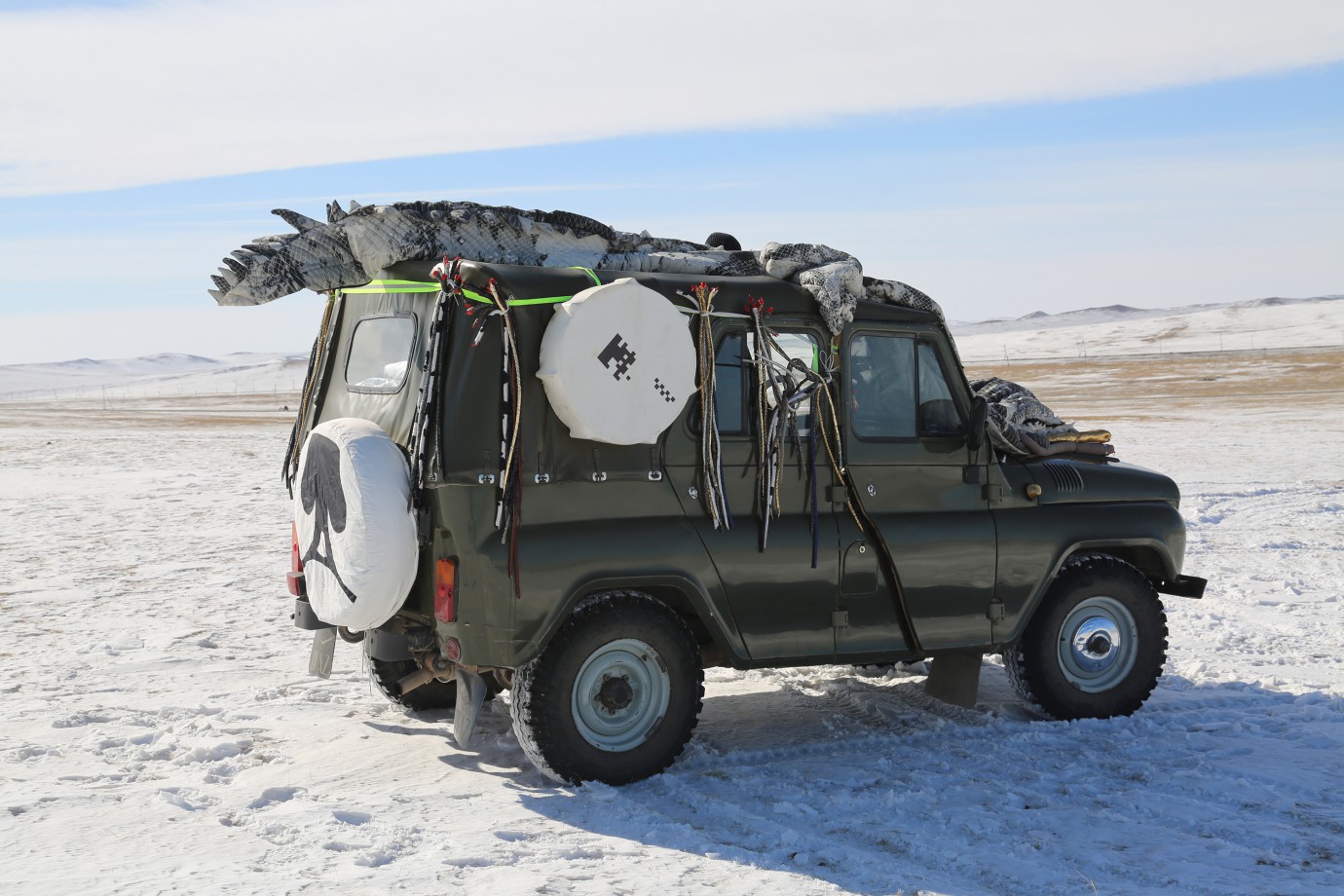 Richard Taittinger Gallery will be hosting “Hibernating Tattoos Guarding the Sweat of the Sun”- an exhibition by artist Tuguldur Yondonjamts at the gallery’s New York venue.

The exhibition presents a series of works by New York and Ulaanbaatar-based Mongolian artist Tuguldur Yondonjamts (b. 1977, Ulaanbaatar, Mongolia), marking his first major solo in the USA. With recent group exhibitions a t the Sculpture Center, New York and Para Site, Hong Kong, and an upcoming show at the Drawing Center, New York , Yondonjamts’ multi-disciplinary works are reaching new heights in the art world. Trained in traditional Mongolian and Tibetan Buddhist Thanka painting in Ulaanbaatar, and in Fine Arts in Berlin and New York, Yondonjamts is mainly recognized for his works on paper, as well as for his performative, sculptural, and video art. Employing Asian materials such as resin or dragon’s blood in his drawings, he visually manipulates his classical training against his research-based art practice, represented through his real, imagined, and interpreted landscapes, tracing the coexistence between the tamed and untamed world. The show borrows its title from a specific installation of drawings made by Yondonjamts. Included are a series of scrolls, which reference from the myths and descriptors of fossils found in the Gobi Desert, sourced from both imaginary and real-time information captured in different grid systems derived from archeological sites in the Altai Region. Extremely moved by the complex social history of Mongolia and its natural environment, these works can be understood as a series of journeys and their findings, similar to that of the historically nomadic people of Central Asia.