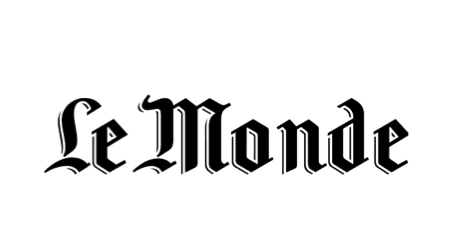 The French painter works on the stereotypes and banality of everyday life. At 90 years old, this is the first retrospective devoted to him.

Jacques Villon, Marcel Duchamp’s brother, is thought to have said that the hardest part of a painter’s career was the first seventy years. Jacques Villon had to wait that long before receiving any recognition for his work. He was born in 1875, but his work wasn’t recognized until after the Second World War.

Jacques Monory can relate to this. Born in Paris in 1924, Monory is finally having a retrospective devoted to his work at the Hélène and Édouard Leclerc Fund for Culture, in Landerneau (Brittany) 90 years later. This doesn’t mean he is a stranger or unknown artist. He was a part of the Narrative Figuration movement of the 1960s and 1970s. In 1984, philosopher Jean-François Lyotard devoted an essay to him “The Assassination of the Experience Through Painting”, which has been republished several times since. His works have been exhibition at the Maeght Foundation in Saint-Paul-de-Vence and in various group exhibitions, including “Figuration Narrative” at the Grand Palais in Paris in 2008.

When his name is pronounced, the following images come to mind: photos of the artist in a clean suit with a panama hat and black glasses like a New York gangster on vacation in Bermuda, and paintings full of machine-guns and girls dressed in satin, scenes inspired by film noire, crime novels and nude actresses. Some go together with the others, obviously, a little too much. Monory is this French painter who took possession of stereotypes made in the USA and used them as inspiration to create meticulously crafted variations with broken planes and scales. The narration remains suspended and uncertain. The details are emblematic: barrel and spring six shots, Oldsmobile and Plymouth’s grille. The references are avowed: Edward Hopper’s landscapes, Hollywood screens, Weegee’s photos. They are immersed in a bath of blue color, which tints part, if not all, of the space and objects, and reminds us of previously used cyanotypes and Prussian blue prints as old as the photograph itself. The series is called Dream Car, The Terrace, Technicolor, Frozen Operas, Murders. The former, dates back to the late 1960s.

This part of the work is based on what we know best about pop art and its treatment of collective imagery. It aggregates the coded representations that are produced and broadcast in large quantities in the cinema, television, advertising, and photography. Monory takes emblematic figures, similar to what Roy Lichtenstein and Erró did in the early 1960s – they were both deeply inspired by comic strips. He works from mechanical images like Andy Warhol. His systematic use of blue and its nuances recalls how Gerhard Richter used gray. He loves luscious girls, similarly to Mel Ramos and Tom Wesselmann. One could say his work echoes that of pop, an international movement with unrestricted limits; Narrative Figuration is one of its French variants. From 1964 onwards, it became known as “Mythologies Quotidiennes 1” at the Museum of Modern Art in Paris. Monory was a part of it, as were friends Hervé Télémaque, Bernard Rancillac and Peter Klassen. They were then in phase with New York, London, or Dusseldorf. As more specific exhibitions describe more precisely the episodes of his stories, their coherence appears more and more blatant. New York Pop is less critical and less political than German Pop and French Pop; however, all are drawing on the same source of collective images that circulated between the United States and Western Europe, since pop is also the art of the Cold War era.

Monory is one of the specialists of crime scenes, mafia and black dahlia. But it is not as simple as it may seem, and the great merit of the retrospective is to suggest that his work may not be reduced to the simple function of solely depicting these scenes. First of all, there is a chronological nuance: Monory was born in 1924, while other members of the Narrative Figuration were born in the 1930s. Since he was older, he developed a body of work just after the war. That is almost unknown today, as he tried to make it disappear later on, with success, as there is not a single painting from this period featured in the retrospective. This rage of negation and destruction is in itself remarkable. Another particularity: from 1952 to 1961, Monory worked with Robert Delpire, who is one of the greatest publishers of photography. He had an immediate, historical, and encyclopedic knowledge of photography, which he practiced as a specialist, not as a random consumer. He also worked alongside Gerard Gasiorowski, who similarly practiced a form of “photo-peinture” (photo painting) in the 1960s, before radically moving away from this genre later on in his career.

In 1964, when Monory began his own “photo-peinture”, they were not a pop fashion effect, but the result of a long personal experience. He had time to become aware of how these techniques had changed in his contemporaries’ vision, in their perception of intimate or public events, in their relationship to the present and the past, in their ways of life and thought. He had the time to convince himself that it had become impossible to see reality as before, and that a revolution without return has taken place: man lives with and in accordance to photography. The world has become image. The success of cinematographic and advertising stereotypes is only the most visible symptom of this metamorphosis, which affects even the most intimate of relationships. The paintings of 1964 and 1965 don’t quote films or clichés: they transform daily life into clichés, the portrait of the companion or the cat, a harmless gesture, a place without interest. They make the day the show, because that’s the way it is now. And the color of this show is blue, which distorts faces, objects, and space.

As a result, we are more intrigued by the works that transform even the most minor and least picturesque of situations into spectacles. When he paints with a film in mind, Monory is extremely skillful, up to virtuosity and repetition. But when he creates a film of everyday life, he is more inclusive and analytical, Pompéi (1971) presents a picnic among friends, which stars Annette Messager and Christian Boltanski. Monory treats them as if it was an exhibit or a crime scene whose friends would pose as the protagonists.

We think of Blow Up, the film by Michelangelo Antonioni (1966). But Monory remains in the most everyday banalities. Nothing happened, except that a photo was taken and this tiny fact changes everything. Arcachon in 1974, Zabriskie Point in 1975 – Antonioni again – and other paintings made from photographs taken by the artist while traveling through the United States with his son, echo this same reflection on the social power of the photo, ordinary narcissism, autobiographical mania – all of which are just as present today and which Monory foresaw. It is not fortuitous that he integrates mirrors in one of his Meutres, since 1968: narcissism recess.

Monory is also one who, between 1972 and 1974, made a series that wasn’t as well-known as the others, however, it’s considered one of the most important. It’s called The First Issues of the World Catalog of Incurable Images. Incurables: the SA parade in a German street around 1933, a Vietnamese bonze immolated in the street in Saigon in 1963. Incurable still: Homage to Caspar David Friedrich No. 1, painted in 1976, is a large landscape consisting of a few one-story buildings, a sort of hangar, two rows of perfectly aligned electric fences, and trees all colored in a shade of blue around midday. In the foreground, a pinkish light falls on the ground. In one corner the cliché profile of a girl is included, alongside the date 14 IX 43 number 356. There is nothing to add, except that in 1976, very few artists truly grasped this type of subject matter, because that’s the way it is now.