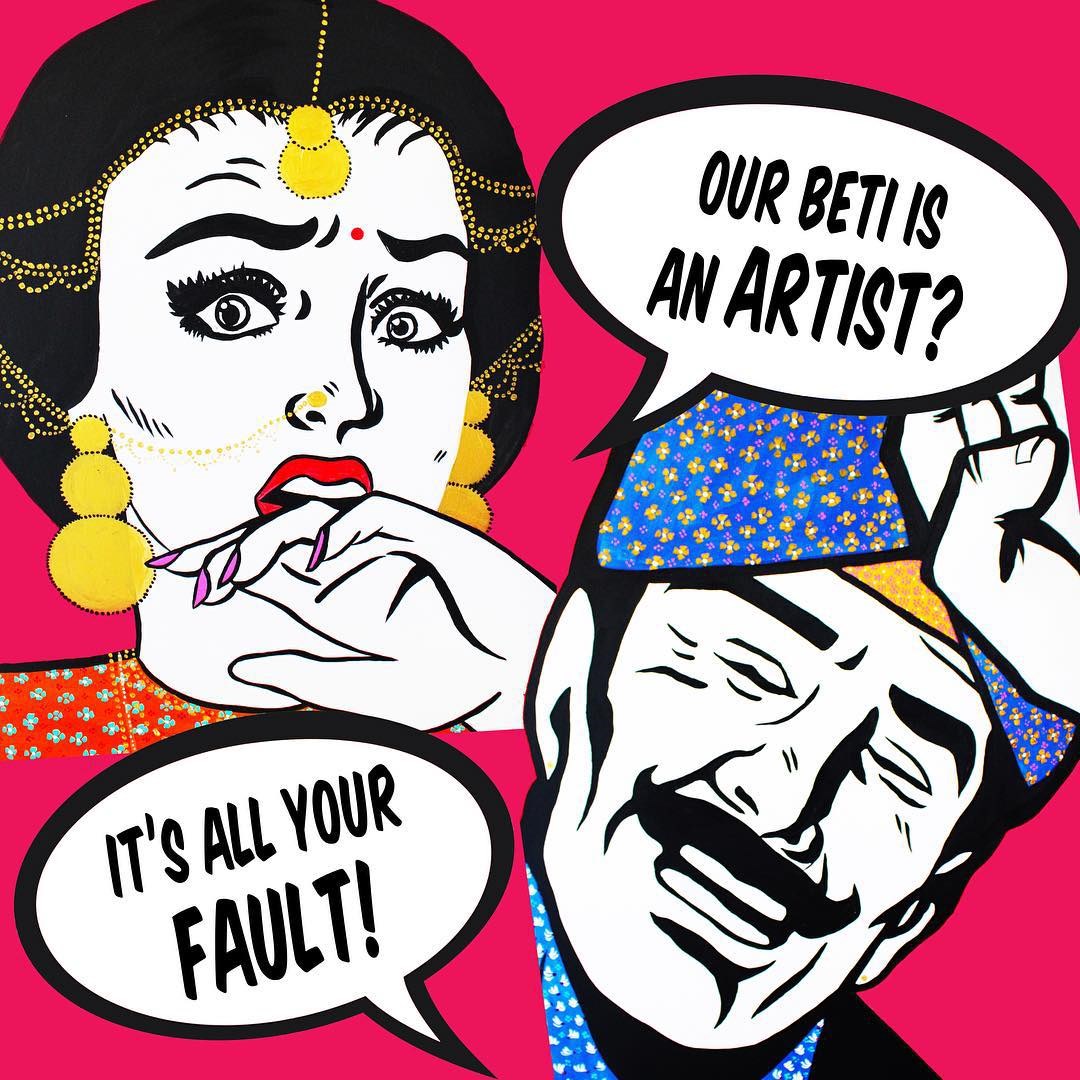 Instagram has been good to artists Maria Qamar and Babneet Lakhesar. It’s where the two first interacted, supporting one another before meeting in real life ahead of a 2015 art showcase featuring both of their work.

Whiskey has also been an important factor. “We met, bonded over whiskey … and then did a show together,” Lakhesar told NBC News. “Then we did it all over again.”

Better known by their monikers HateCopy and Babbuthepainter respectively, the two have used social media to gain the majority of their following — including actress and writer Mindy Kaling, who featured three of Qamar’s and Lakhesar’s pieces in the apartment of her character in “The Mindy Project,” according to the pair.

“Me and Maria were on the floor crying. We couldn’t breathe,” Lakhesar said of discovering Kaling was a fan.

Though the two have distinct aesthetics — Qamar is known for her pop art, Lichtenstein-esque pieces while Lakhesar’s paintings are softer, more texture-based — the two have collaborated several times, with a fourth collaboration currently in the works. One thing the pair have in common is reflected in their work: the cultural struggles of being a South Asian woman who chose to pursue art.