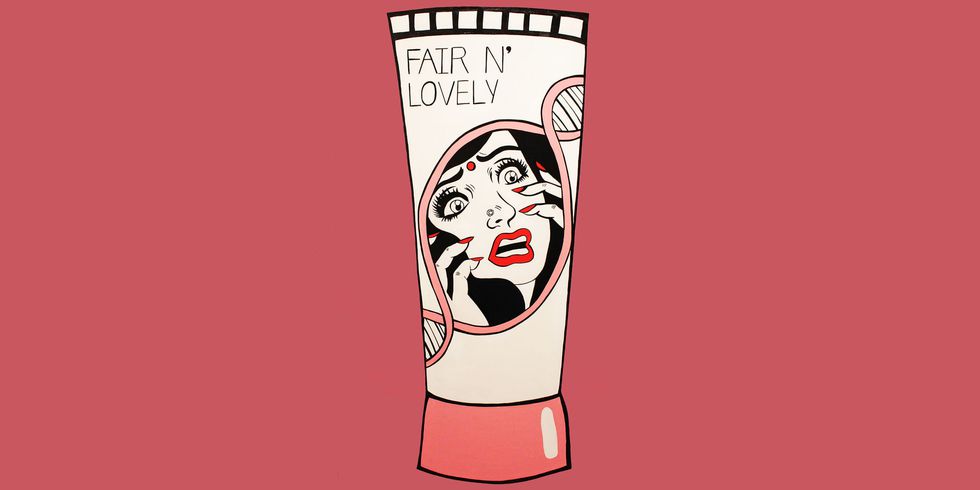 Growing up in Pakistan, women would routinely apply the skin whitening cream Fair & Lovely to Maria Qamar’s face. With her fair complexion, big brown eyes and shiny hazel hair, she was told it would do “wonders” for her skin. It was only years later, after her family immigrated to Canada, that she realized she was covering herself in bleach.

“I was freaking out,” remembers the 25-year-old pop artist, who, under the moniker HateCopy, has amassed a cult following thanks to her satirical take on society’s obsession with beauty. Qamar’s paintings poke fun at her South Asian background, drawing attention to dangerous Western beauty ideals and the subsequent judgment she sees women place on each other.

“I was privileged to grow up lighter skinned and I know people with darker skin get shit for it,” admits Qamar. “I wish it was not like that. We have so many other things that we have to deal with on a daily basis. If we stop judging each other as women—because we already deal with so much for being women—our life would be a little bit easier.”

Drawing from her own personal experience, Qamar created an acrylic painting titled Fair N’ Lovely to raise awareness about the popular yet unregulated skin-lightening beauty product, which has become a global multi-billion dollar industry. Qamar, who was told by her own aunts to use the product as a child, says she pictures “people who put Fair & Lovely on their skin to be these troubled women that are just screaming on the inside because they don’t like how they look.”