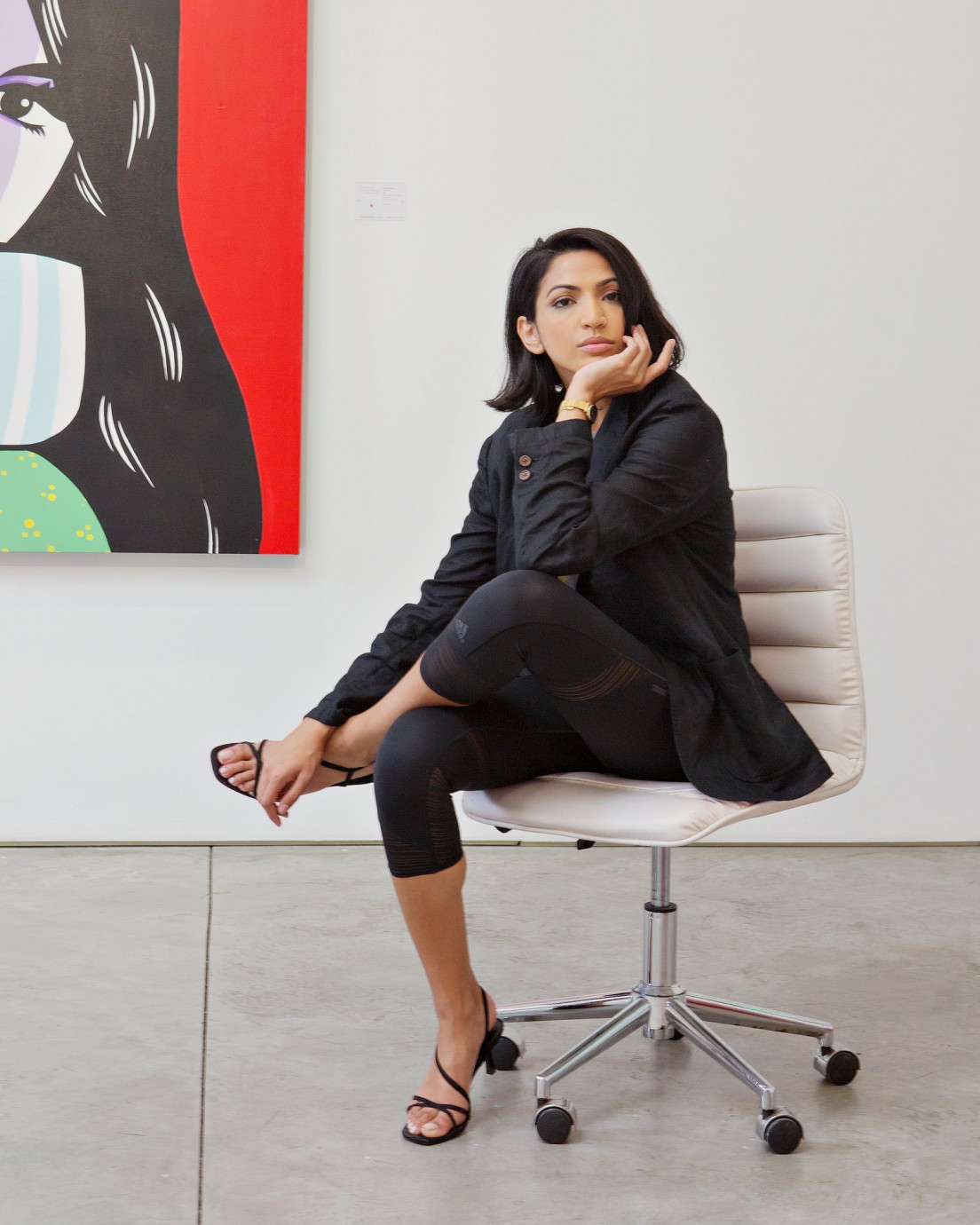 Her Pop art paintings — purple-skinned women, jet-black manes, yellow or red backgrounds — nod to Roy Lichtenstein and Andy Warhol. But the text emblazoned on the works in comic-style thought bubbles are intended to be inside jokes about her experiences as a South Asian millennial, contemplating immigration, misogyny, gender stereotypes and more.

“I love that she doesn’t translate her work,” said Jenna Ferrey, the gallery’s researcher and business development strategist, who helped bring Ms. Qamar into its roster of artists. “It comes very much from her point of view, her perspective, and unapologetically so.”

Ms. Qamar’s solo show is her first in New York City after signing with Richard Taittinger. At 29, she is the gallery’s youngest artist, and its first to have initially found fame on Instagram, where she has more than 170,000 followers. (She has said that her account handle, @hatecopy, refers to her time working as a copywriter.) Ms. Ferrey said she pitched representing her, partly as a way to help the gallery draw in a younger, more diverse crowd.