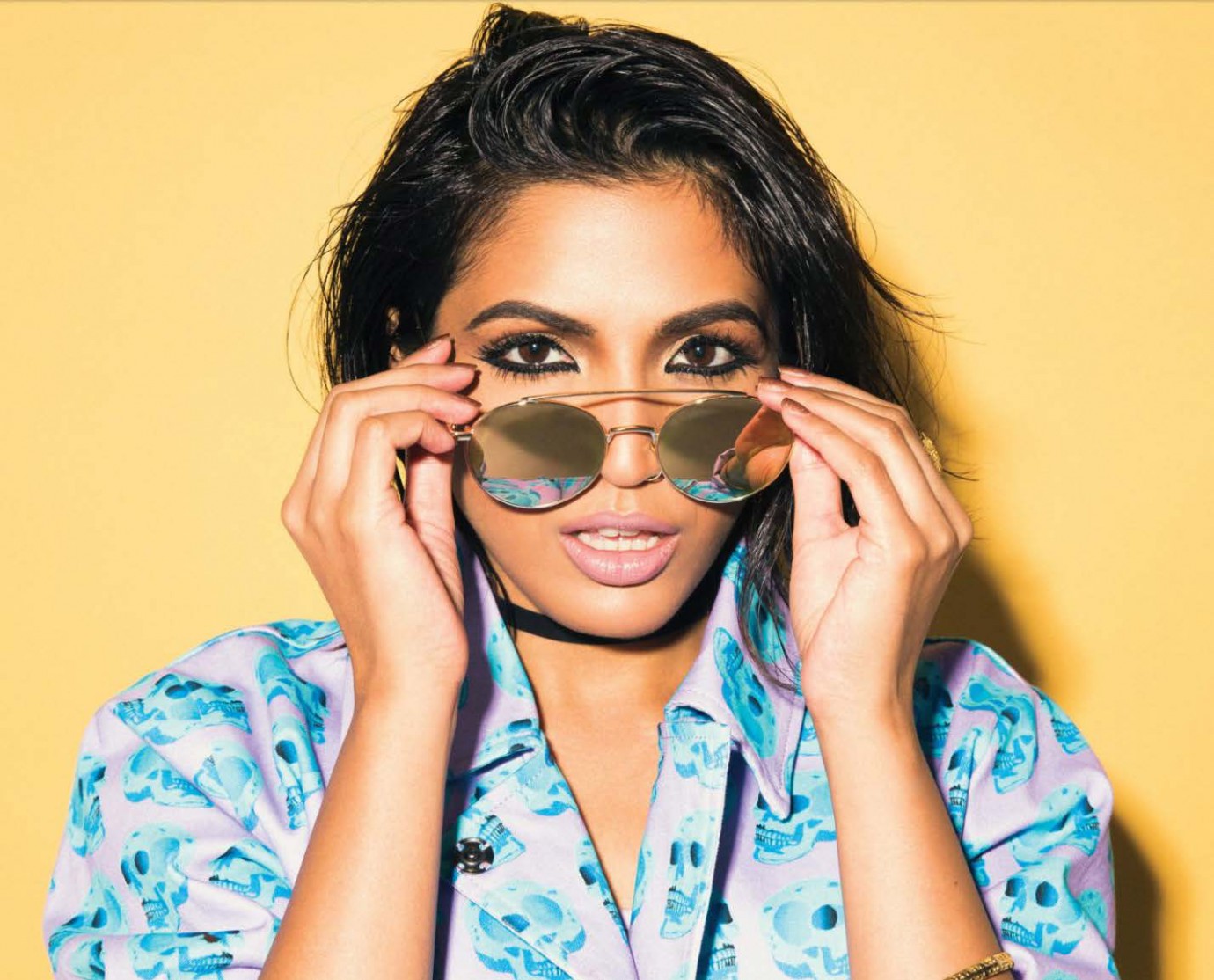 Maria Qamar, who makes art under the name Hatecopy, sits down to talk wearing fitted track pants and a bodysuit of her own design covered in black skulls. Smack in the center of her chest is a disembodied red skull adorned with the nose chain and Tikka headpiece of an Indian bride. But this hell bride’s jaws are wide open, locked in a scream so big it would blow a groom right off the altar.

The image is an insider wink to Qamar’s desi fan base, unnervingly beautiful and also pretty funny. That’s the signature synthesis of the 26-year-old’s work, and it’s an of-the-moment aesthetic that’s propelled her in two years from Toronto ad agency grunt to Instagram celebrity with 108,000 followers, including superfan Mindy Kaling. Last spring, she sold out her paintings at an art show in London, and now, she’s a fashion designer and a debut author with a comic pocket guide to young womanhood called Trust No Aunty.

“Humour is the way I cope with trauma,” says Qamar, in the living room of her little glass downtown apartment in the sky. Her bare feet are curled under her on a couch that she’s folded out into a giant square, because it’s where she’s been sleeping. She moved in only a few days ago, and with photo shoots and press for her new book, she hasn’t had time to unpack. Like everything in Qamar’s life, including herself, the apartment is a work in progress.
Read Full Article Here