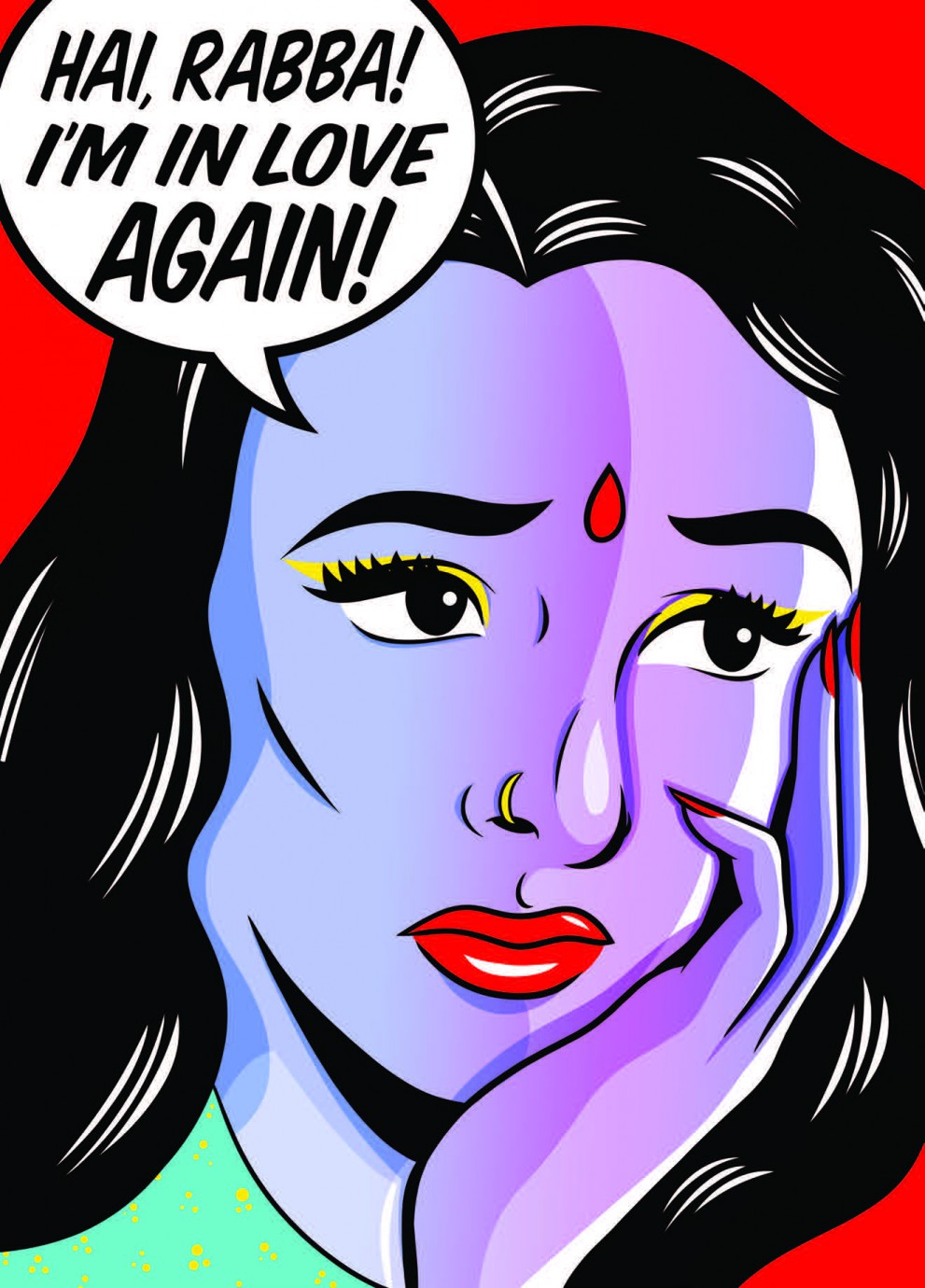 The internet has been good for Maria Qamar, the Toronto-based artist known as @hatecopy, giving her not just a platform for art she once did in secret, but also a community of over 176,000 fans, many of whom seek out her sharp commentary on Desi culture. But while her bold pop art has lived a strong life online, Qamar sees value in taking that art into the real world—hence her show, Fraaaandship!, which opened at New York City’s Richard Taittinger Gallery earlier this month and will remain on view until September 2.

Fans might be used to double-tapping Qamar’s colorful designs on screens, but in real life, everything is bigger and bolder. For her first solo show in the city, Qamar has juxtaposed her incisive paintings with irreverent inflatables, like a 10-foot-tall inflatable lota (an “ass-washing device,” according to Qamar) and giant, helium-filled bags of Maggi noodles. The paintings, meanwhile, focus on female bonding in an age of “fraaandship,” a phrase that refers to shady sexual advances from men online.

Making people feel seen is the point. Fraaaandship! is art meant for the Desi diaspora made by one of its own; Qamar moved to Canada from Pakistan at the age of nine. The goal of the show, Qamar explained, is to make space for “Desis of all generations and immigrants of all generations” to feel both safe and centered. “My work is a little bit here we are, and a little bit unapologetic in that sense,” Qamar told VICE. “That’s exactly what’s going on: you’re being spoken to. I’m talking to you.”

By starting conversations, Qamar hopes her art can spark change and push people in her Desi community to question what might be written off as tradition. We caught up with Qamar to talk about her work, why she makes it, and how changing communities must first start at home.