Following the success of our 2016 show Sanctums of Decision, RICHARD TAITTINGER GALLERY is thrilled to present, Parade Square, our second solo exhibition of Mehdi Farhadian. Unable to attend Sanctums of Decision because he was not granted a VISA, Farhadian’s work was required to speak for itself, which it did proficiently. His achievements are also reflected in the 2018 acquisition of his work Cannons and Ballerinas by the British Museum.

Having lived his whole life in Tehran, Farhadian has a deep connection to the city. Parade Square reflects Farhadian’s connection and its extraordinary history.

Artist Statement – The idea of the “Parade Square” (Persian: Meydān-e Mashq) provides the pivotal theme of my new series of paintings. The actual site is a historical and governmental compound located at the heart of Tehran. It has been used as a military shooting range as well as a gathering and festival venue since the Qajar period. The site is accumulated with the memories of the parades by soldiers and motorcycles in the daytime and feasts and fireworks in the night. It also witnessed the first balloon rising in Tehran.

To me the Parade Square, especially as it now houses the Ministry of Foreign Affairs, is a symbol of the never-ending endeavour of a perpetually anxious nation. The ceaseless procedure of trial and error of the people who have found themselves in a struggle to maintain security and freedom throughout the ages. The site and its story symbolize an eternal effort to stay equipped and prepared, always expecting something vague in the faraway horizons. The rhythm and repetition, the epic light and the historical elements all play a role in creating such a concept. However, the photographs to inform and inspire the paintings have been carefully chosen based on their historical and contextual importance rather than the formal potentials. 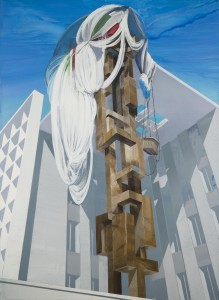 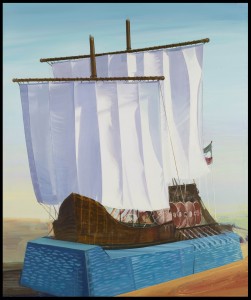 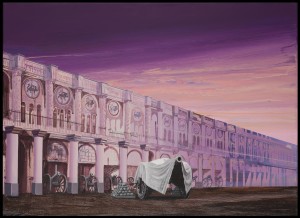 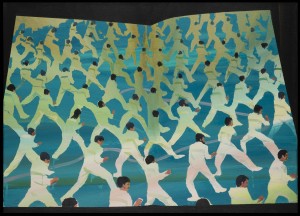 Mehdi Farhadian - The youth of the homeland 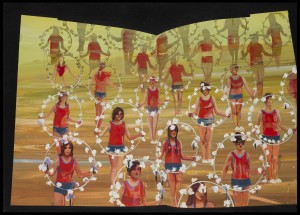 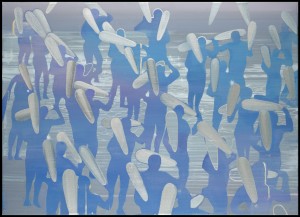 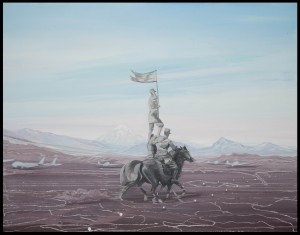 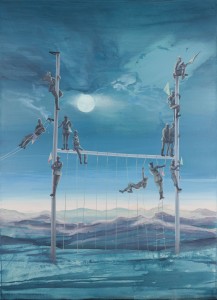 By: Alannah Farrell   Alannah Farrell Interviews Mehdi Farhadian about his current exhibition Parade Square at Richard Taittinger Gallery. Below is the beginning of her interview: Alan Alannah Farrell: Hi Mehdi, thank you for taking the time to chat with me…