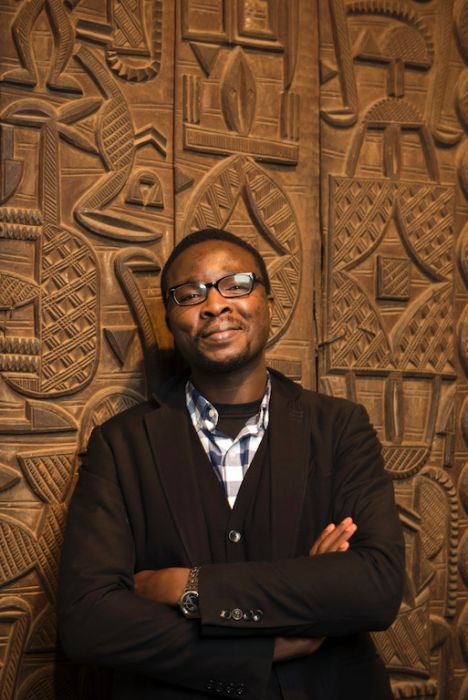 Nigerian-born artist and scholar Ugochukwu-Smooth C. Nzewi has curated a group exhibition at Richard Taittinger Gallery in the Lower East Side. The show, aptly titled “Guess Who’s Coming to Dinner” after the 1967 American comedy-drama film of the same name, is comprised of 12 contemporary African artists evenly split between six men and six women.

Their points of origin, however, are anything but uniform. This curatorial decision is designed to “problematize the burden of Africanness,” which Nzewi describes in the show’s catalog as the “cultural aesthetics which continue to inform the reception of contemporary art by African artists in the Western and international imagination.”

In a statement to artnet News, Nzewi said that interest in African artists “has been rising steadily in the international mainstream.” Across the board, auction houses, galleries and arts institutions-at-large have been scrambling to capitalize on collectors’ swelling interest in African and African diasporic art. Notably, Art Basel announced an entire serialized program dedicated to discussions about the continent’s market.

“Unfortunately,” Nzewi added, “this is hardly the situation in New York.” He continued, “With this exhibition, the New York art scene is being pushed out of its comfort zone, and in a sense, forced to think more broadly, and to confront its system of assigning value, which locates the work of artists from Africa at the bottom of the value chain.”

In his quest, Nzewi cast a wide net in his search for contemporary artists whose experiences of Africa are as diverse as they are intimate.