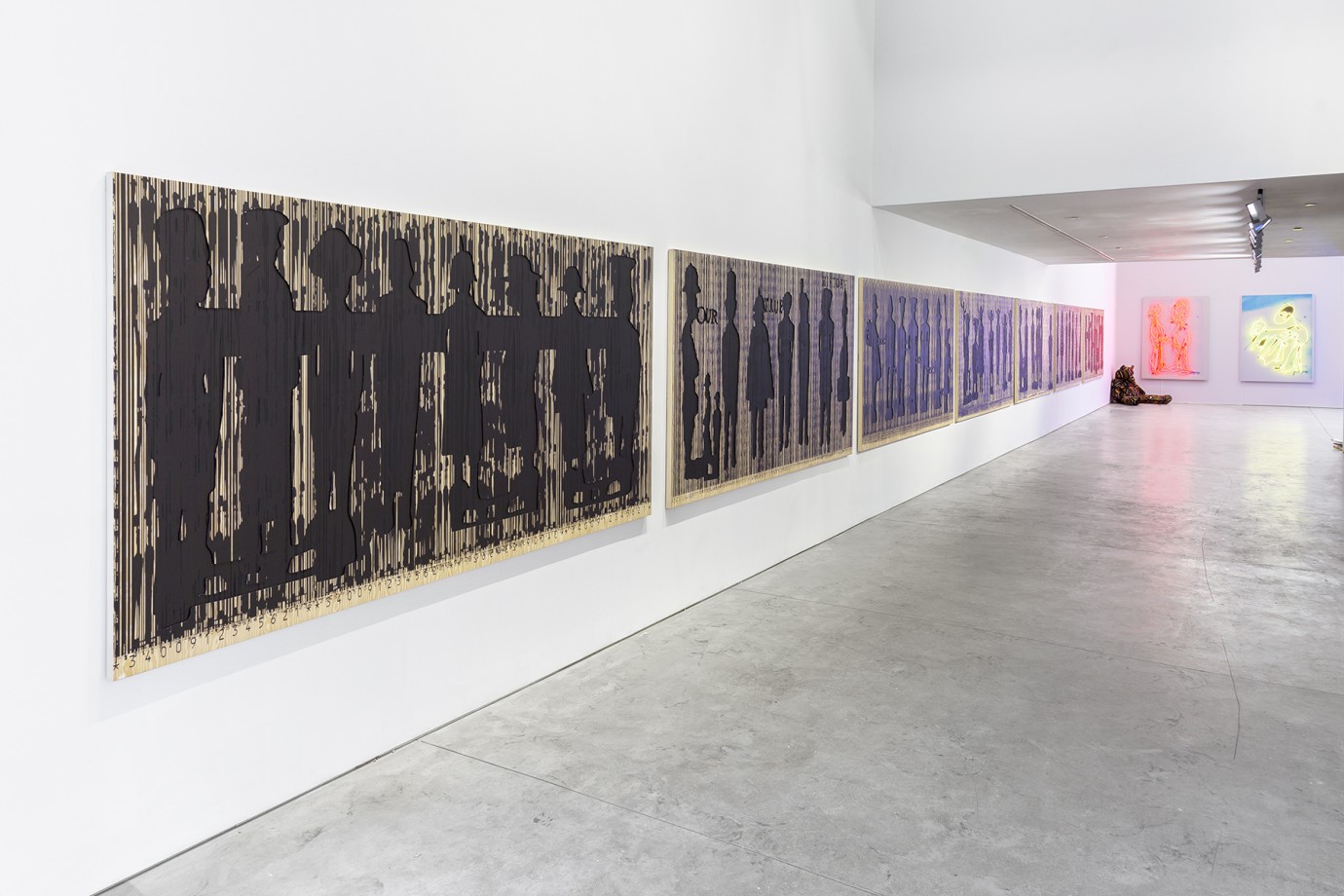 Curator Jérôme Sans did the talking at Richard Taittinger Gallery on the Lower East Side that same evening. The former director of Beijing’s Ullens Center for Contemporary Art provided a tour of Colorful Line (2 May–22 August 2018), a survey of new and earlier works by Pascale Marthine Tayou that he organised for the gallery. Sans spoke about the burgeoning African art scene and Tayou’s work on view, including the Cameroonian artist’s monumental Code Noir (2018), a seven-panel work that represents Africans as silhouetted figures on a bar code to comment on the history of slavery, both in the French colonial empire and the United States.