10 Mar 2019 Here are the highlights to search out at the fair this year. 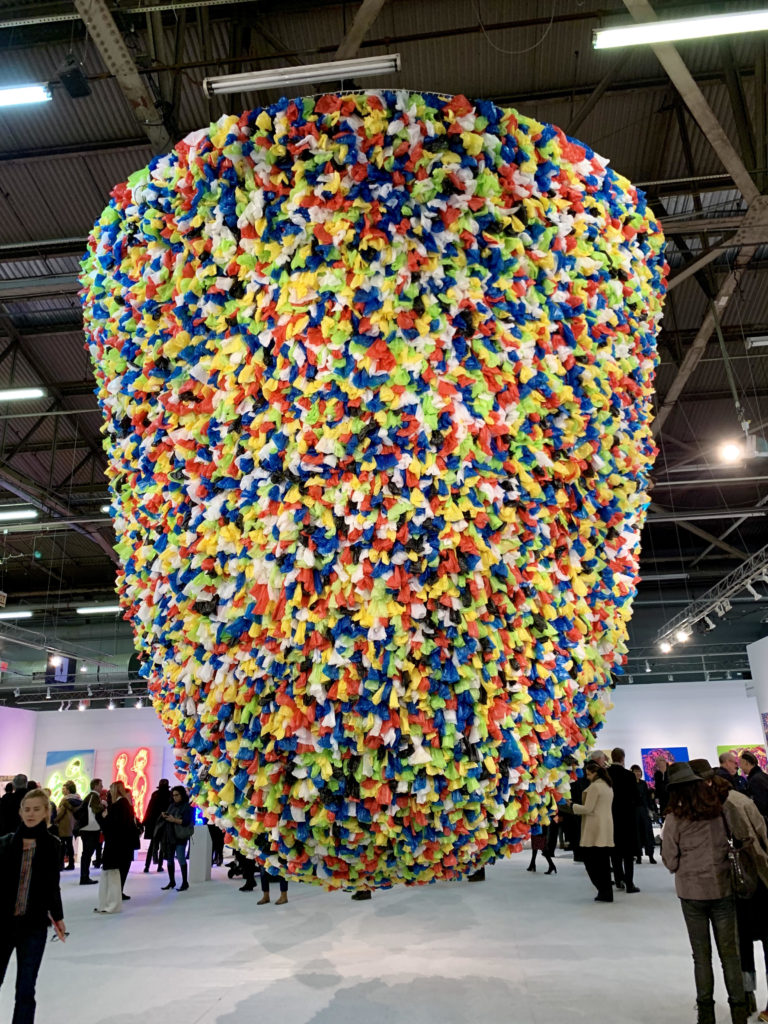 Oh, Armory Show. So far away, such lines, the bitter cold wind ripping in from the river, the constant drama… but it’s always more fun than you expect, sales are a-poppin’, and, hey, you get to catch up with old business-mixed-with-after-party-pleasure acquaintances you haven’t seen since the last art fair, what, a week and a half prior? This year, the added incentive for going to the piers was to support the fair’s director, Nicole Berry, who somehow managed to deal with two crises in two years—one that lifted her to her job, and one that greeted her when she got there—with elan, grace, and steely determination. Around the fair, even at poor, displaced Pier 90, the consensus was that Berry did a great job with the hand she was dealt. Anyway, here are some highlights from the fair.

By now, we all know that plastic bags are terrible for the environment. They take up to 1,000 years to decompose, seep chemicals into the soil, and kill a horrifying amount of sea life. Right now, state legislatures in both Washington and Rhode Island are in the advanced stages of banning single-use plastic bags. But they are also universal, used in communities around the world to buy, sell, carry, keep, and share goods. And in the right light, they can even be strangely mesmerizing, like in that scene from American Beauty: “There’s so much beauty in the world.”

These muddled and contradictory qualities are the reason the Ghent-based Cameroonian artist Pascale Marthine Tayou chose to create his show-stopping sculpture for the fair’s Platform section, curated by Sally Tallant. A 21-foot-tall suspended agglomeration of some 25,000 multicolored plastic bags that the artist acquired for the piece, it is sure to be one of the most-photographed artworks in the fair. Tayou, a veteran of both the Venice Biennale and documenta, certainly has a knack for the sensational—something always in high demand. The Albright-Knox Art Gallery in Buffalo, for instance, recently paid $325,000 for an enormous version of one of his “Chalk Fresco” works, some of which are also available at Richard Taittinger’s booth at the fair.