The Greek-born American artist Nassos Daphnis (1914-2010) was a major figure in the 20th Century art world and is recognized for his mastery of geometric abstraction and his evolution into what became known as Hard-Edge Painting.

Daphnis was actively supported by the Leo Castelli Gallery for 39 years, who placed his work in some of the best museum collections around the world (Guggenheim, Whitney, MoMA, to name a few). He also gave him 17 solo shows, making him the 3rd most exhibited artist of Leo Castelli Gallery, right after Jasper Johns (19 solo shows) and Robert Rauschenberg (18 solo shows). In addition to his solo exhibitions at Leo Castelli Gallery, Daphnis was featured in 23 group shows alongside John Chamberlain, Ellsworth Kelly, Edward Ruscha, Richard Serra, Frank Stella, Cy Twombly, among others.

In describing the work of Nassos Daphnis, Leo Castelli has said, “His paintings were more rigorous than the other geometric painters. From the day I saw his first slides I recognized this, and that he differed also because there was no hint of anything that should suggest sentiment. Sentimentality of any type was ruled out.”

Daphnis was one of the pioneers of the Minimalist school of New York. Well-known New York art critic April Kingsley wrote, “Some of Daphnis’ paintings from the later 50s are so radical you’d assume they’d been painted at least 10 to 15 years later. His devotion to purity predicts 60s minimalism; his systemic approach predates systemic painting.”

In the 1950’s when Barnett Newman was doing his stripe paintings with traditional brush strokes, Daphnis had already introduced the roller in order to erase the human touch and reached the perfection he always strived for.

In 1958, Daphnis developed his Color & Plane Theory to liberate color from the restriction of form. In doing so, he used multiple planes of solid color to create the illusion of depth, space, and movement amid smooth, uninterrupted surface textures.

The interplay of Daphnis’ carefully chosen palette and dynamic shapes results in a vibrating, tension-ridden energy that allows color to be the primary element of the work, unconstrained by line or form.

Nassos Daphnis remained outside recognized schools and moved fluidly among emerging styles, with one goal — to reach perfection. He remains a pioneer of the Hard-Edge Geometric abstraction and managed through his colossal work to overcome all the most difficult techniques and challenges by pioneering: magna painting (1958), Plexiglas sculpture (1962), epoxy painting (1966), giant-scale murals (1969), Gestält Arc Series (1976), and computer-generated works (1985).

In 1967, Nassos Daphnis was one of the co-founders of City Walls Inc. together with Richard Anuszkiewicz, Jason Crum, Knox Martin, Mel Pekarsky, Tania, Robert Wiegand, and other notable painters of the period.

Daphnis has been the recipient of numerous prestigious art awards. He was named a Guggenheim Fellow in 1977 and received the Francis J. Greenburger Foundation Award and the Pollock-Krasner Foundation Award in 1986. Daphnis’ works are in the collections of the Guggenheim Museum, NY; Whitney Museum of American Art, NY; Museum of Modern Art, NY; Albright-Knox Gallery, Buffalo, NY; Metropolitan Museum of Art, NY; Hirschhorn Museum and Sculpture Garden, Washington, DC; Tel Aviv Museum, Israel; or Basil Goulandris Museum, Greece, to name a few.

Daphnis had 123 exhibitions during his lifetime, both domestic and international: 90 group shows and 33 solo shows, including four retrospective museum exhibitions:  Nassos Daphnis Work since 1951 at the Albright-Knox Art Gallery (March 9th – April 13th 1969) in Buffalo, NY, which traveled to the Everson Museum of Art (May 1st – June 29th 1969) in Syracuse, NY.

The Armory Show returned to New York this past week with a new director, a new design and renewed sense of purpose. Read more here

Artsy: At The Armory Show, Modern Dealers Up Their Game

Pier 92 has historically been the quieter of The Armory Show’s two piers on Manhattan’s west side. Devoted to post-war and modern art from 2009 until last year, it garnered less fervor and foot traffic than its flashier contemporary counterpart… 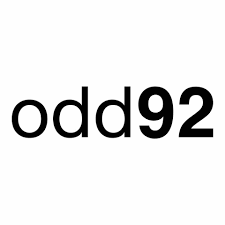 Whitewall: “Ballet Mécanique” Dances between the Natural and the Artificial

Modern-day living contains a machine-like rhythm: maximized efficiency with production-based values. A groundbreaking experimental film released in 1924 by French artist Fernand Léger, Ballet Mécanique, expressed concern for an increasingly automated society. Like this cinematic study of the dance between… 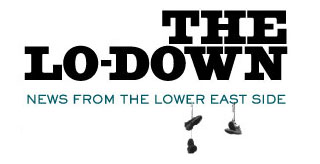 The Lo-Down: Happening This Weekend

Some of the things happening on the Lower East Side This Weekend: –The bluesy retro rock band, Peoples Blues of Richmond, plays Bowery Ballroom tonight at 9 p.m. $18. –New York-based guitarist Yonatan Gat has an early gig at Mercury…

A Greek-American artist who showed with the iconic Leo Castello Gallery for nearly 40 years, Nassos Daphnis was best known for hard-edged canvases, painted in black, white, and primary colors. In 1985, at age 71, he started using digital graphics…

We have a pretty good idea of the ‘Post-Internet’ aesthetic by now, quick recognise the smoothed-out depiction of a reality that is ever so slightly ‘other’ — perhaps the colours pop a little too much or the movement is still…

While the late 20th century artist Nassos Daphnis was celebrated in his day – by no less than the stellar dealer Leo Castelli, who feted him with a stunning 17 solo shows – his oeuvre has fallen into the shadows, so to…

Observer: 10 Things to Do in New York’s Art World Before September 18

Opening: “Nassos Daphnis: Pixel Fields” at Richard Taittinger Gallery A Greek-American artist who showed with the celebrated Leo Castelli Gallery for 30 years, Nassos Daphnis was known for his hard-edged abstractions. In the late-1980s he started using computer generated graphics…

Artnews broke the story of Richard Taittinger taking on the representation of Greek-American painter Nassos Daphnis on August 7th, but the story runs much deeper than the news shares. Speaking to Richard in the office of his six month old…

With the fall season just around the corner there’s a serious list of not-to-miss exhibitions. One is by the late painter Nassos Daphnis, who has a compelling solo show with Richard Taittinger Gallery in New York’s Lower East Side. Daphnis,…

Announcing the representation of Nassos Daphnis

Richard Taittinger Gallery is pleased to announce the exclusive representation of the Estate of Nassos Daphnis (1914–2010). Daphnis was a Greek-born American painter and sculptor recognized for his mastery of geometric abstraction and his evolution into what became known as…

The Lower East Side’s Richard Taittinger Gallery announced that it now exclusively represents the estate of Nassos Daphnis (1914–2010). The late Greek-American painter and sculptor, whose work in color theory and geometric abstraction placed him in the hard-edge school, was…